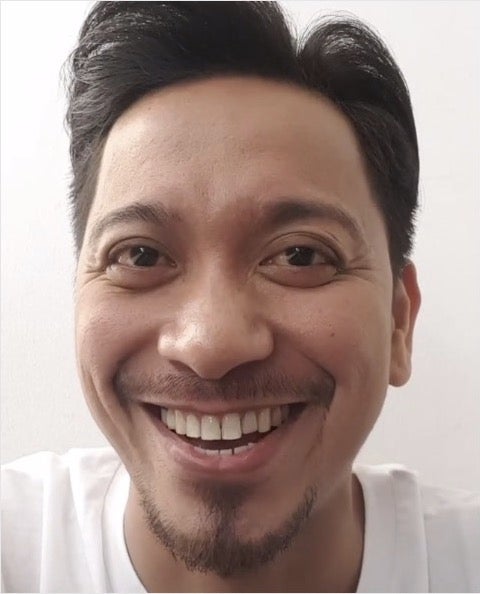 Hilario uploaded his twisted version on Instagram on Aug. 9. The clip started with a shot of the ceiling, then slowly panned down to the actor’s face.

After Hilario sang the first line of the song, he suddenly started laughing maniacally. His laughter intensified after singing the second line. At the end of the song, Hilario finished with a bad-guy laugh, which suggested something sinister was about to happen.

The post has received over 160,000 likes as of this writing, with fans unanimously agreeing to the creepiness of Hilario’s performance. Meanwhile, others voiced out their annoyance that his expertly portrayed bad-guy character in “Ang Probinsyano” is still alive despite getting stabbed by Coco Martin’s character Cardo.

A member of the dance group Streetboys, Hilario currently stars in the TV series “FPJ’s Ang Probinsyano” as Homer “Alakdan” Adlawan, a terrorist who leads the group “Kamandag.”  /ra

Star-struck Christian Bables blanks out while working with Jericho Rosales