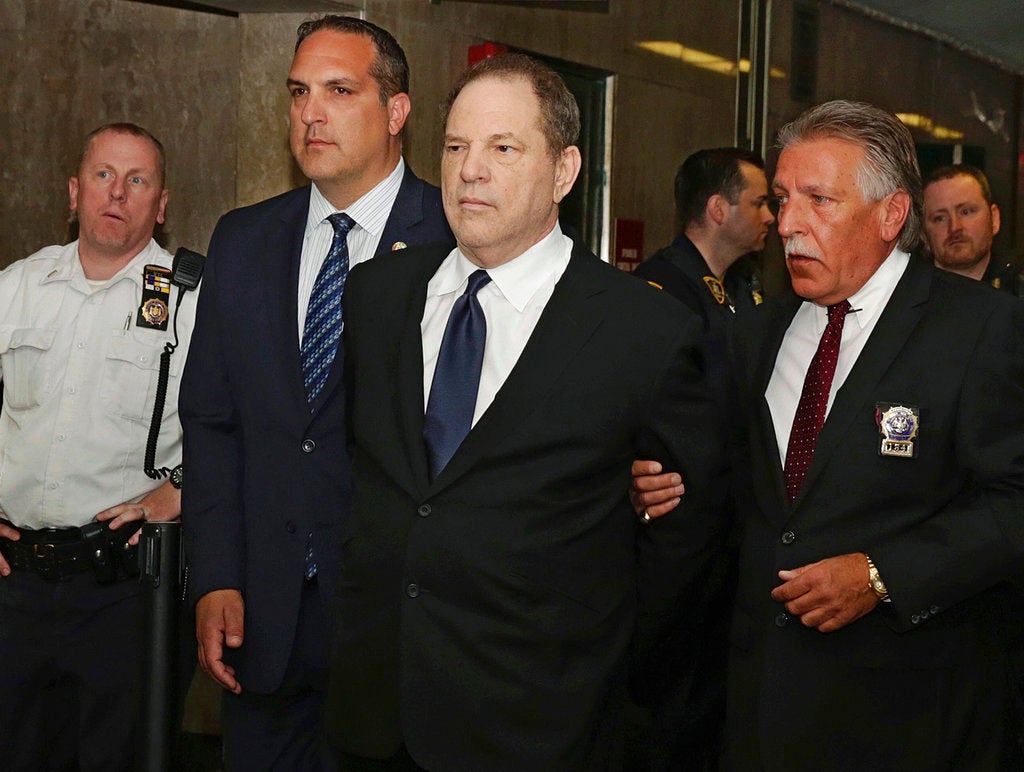 In this July 9, 2018 file photo, Harvey Weinstein is escorted in handcuffs to a courtroom in New York. Image: AP Photo/Richard Drew, File

LOS ANGELES (AP) — The #MeToo movement has sent dozens of once-powerful Hollywood players into exile, but few of them have been placed in handcuffs or jail cells. And it’s increasingly apparent that the lack of criminal charges may remain the norm.

Harvey Weinstein has been charged with sexual assault in New York, and Bill Cosby was sent to prison in Pennsylvania in the year since stories on Weinstein in The New York Times and The New Yorker set off waves of revelations of sexual misconduct in Hollywood. But those two central figures are exceptions.

The lack of prosecutions stems from a clash between the #MeToo ethos, which encourages victims to come forward years or even decades after abuse and harassment that they’ve kept private, and a legal system that demands fast reporting of crimes and hard evidence.

The task force has considered charges against 22 suspects, including Weinstein, Kevin Spacey, director James Toback and former CBS CEO Leslie Moonves, all of whom have denied engaging in any sex that was not consensual.

Charges have already been rejected for most. Cases involving six suspects, including Weinstein and Spacey, both of whom have multiple accusers, remain open.

In 14 of the closed cases, charges were declined because the allegations were reported too late and thus outside the statute of limitations. The rest were turned down either for insufficient evidence or because the accuser refused to cooperate with investigators after initially reporting the incidents.

While disappointed in the lack of results, several accusers said they were still glad they talked to police and prosecutors, for a variety of reasons both practical and emotional.

“For me it was not necessarily closure, but one of the healthiest things I’ve ever done for myself,” said Melissa Schuman, whose case dating to 2003 against Nick Carter of the Backstreet Boys was rejected over the statute of limitations. “It felt therapeutic to tell the authorities, to be able to take it out of my body and out of my mind and report it.” 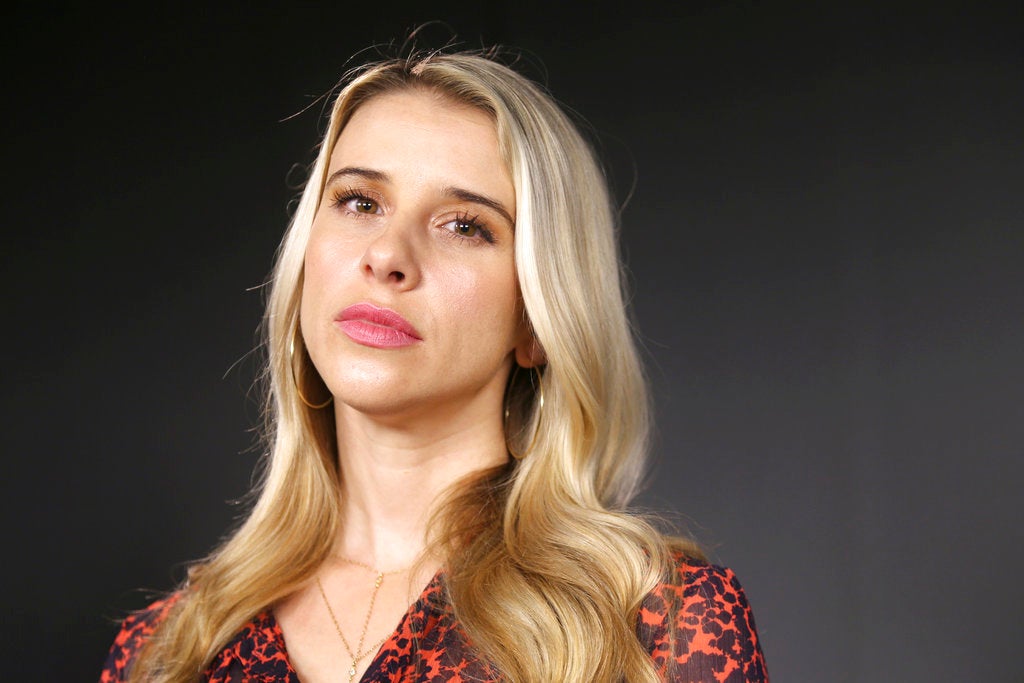 In this Friday, Oct. 5, 2018 photo, Melissa Schuman poses for a photo in Los Angeles. “For me it was not necessarily closure, but one of the healthiest things I’ve ever done for myself,” said Schuman, whose case dating to 2003 against Nick Carter of the Backstreet Boys was rejected over the statute of limitations. Image: AP Photo/Reed Saxon

Fatima Goss Graves, president of the National Women’s Law Center, which oversees the Time’s Up legal defense fund, said for some “the act of reporting, putting it on the record is critical, even if they’re beyond the limitations.”

When law enforcement agencies welcome women to report their experiences, it can eventually result in more prosecutions, she said.

“In too many cases law enforcement has sent a signal that they won’t treat these issues,” Goss Graves said. “If you’ve created a climate and space that is friendly to people coming forward, more people will come forward.”

Schuman said she found just such a climate. She was well treated by task force investigators and the police in what could have been a much tougher process.

“I really felt supported, and listened to, and cared-for and believed,” Schuman said.

Carter has denied the allegations from the start. He said through his lawyer when charges were declined that he felt confident there would be no basis for charges and was happy to put the matter behind him. A representative did not respond to a request Friday for further comment.

There can be more tangible benefits to reporting. In California, simply filing a police report entitles victims to benefits that can include free psychotherapy. The reports also create additional claims that can help in newer investigations or be brought into court to show a pattern of conduct, as they were for Cosby’s trial.

“It just gives me peace to have it documented and filed,” Schuman said, “and if my abuser does it again, the authorities told me they could use me to help corroborate.”

The sexual assault case that sent Cosby to prison was from 2004 and long pre-dated the #MeToo movement. It was filed just as the statute of limitations was expiring.

California requires that charges be brought within a year for many sexual crimes and within 10 years for many of the most serious crimes, including rape and felony sexual assault.

The task force has been looking at allegations of incidents that are sometimes decades old. One rejected case against Spacey dates to 1992. The allegations against Moonves date to the late 1980s. One case for Toback dates to 1978.

In documents released by the task force explaining why charges were not brought, some officials simply declare the effort pointless and say little else. In other cases, prosecutors provide long and sometimes detailed descriptions of acts and the laws they may have violated, only to reluctantly conclude that too much time has passed.

Page after page of the documents end with the same phrase, “prosecution is declined.”

Aside from confirming which cases it is considering and has declined, the district attorney’s office declined comment for this story.

California has already altered its laws to help victims, eliminating the statute of limitations for rape and other forms of felony sex abuse. But courts have ruled that statutes of limitations cannot be altered to include suspects who are already past them, so the new laws only apply to crimes from 2017 onward, meaning the practical effects likely won’t be felt for years.

Many of the old cases taken under consideration would probably never have reached prosecutors before the Weinstein story broke and cultural attitudes began to change.

Even beyond the time-limit problem, “It would be next to impossible for an investigative agency to find witnesses to corroborate and gather evidence,” said Alan Jackson, a former prosecutor in the district attorney’s office who ran against Lacey in 2012 and now works as a defense attorney.

Many accusers whose cases were considered by the task force have filed civil lawsuits that may have more staying power.

Goss Graves said it’s desirable to leave as many options open as possible.

“What accountability and ultimately healing looks like for survivors is going to vary,” she said. “In many ways, we’re not in the middle of this process. We’re in the beginning.” NVG