Penelope Cruz remembers Weinstein as ‘complicated’ one year since #MeToo 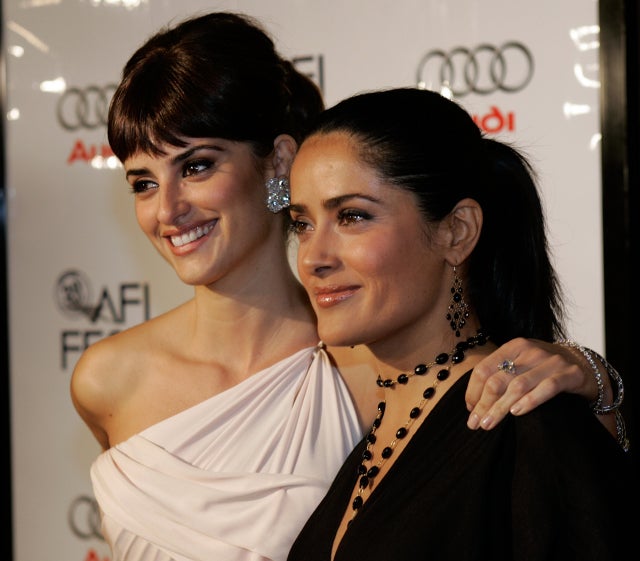 In 2009, actress Penelope Cruz won an Oscar for her role in a film produced by Harvey Weinstein and directed by Woody Allen — two men now in the crosshairs of the #MeToo movement taking a stand against sexual abuse.

“Thank you, Harvey Weinstein,” the Spanish actress said that night as she accepted her golden best supporting actress statuette for “Vicky Cristina Barcelona.”

Since then, Weinstein has gone from Hollywood mogul to international pariah. He is the subject of sexual harassment and assault accusations from scores of women and is facing sex crimes charges in New York. He flatly denies all of it.

Cruz says she was never personally harassed by the producer and was unaware of his behavior, which became public in October 2017, sending his career into free fall and bankrupting his company.

“Harvey was a complicated person, everyone knew that,” Cruz told AFP during a trip to Los Angeles earlier this month. “We had discussions on a work level but never in other situations, never.”

Hayek accused the magnate of threatening to “break my kneecaps” after she spurned his advances on the set of her film “Frida.”

“You can never blame a friend for not telling you in the moment,” Cruz said by telephone.

When the first accusations came out against Weinstein a year ago, Cruz said at the time that she was “shocked and profoundly sad.”

Weinstein always had been “respectful” towards her, she said in an Instagram post, adding that she had never “witnessed such behavior” as many women had described.

Cruz, who catapulted to fame as a protege of Spanish filmmaker Pedro Almodovar, has shown solidarity with victims of harassment — a phenomenon she says goes far beyond the world of Hollywood.

“I feel we must also speak on behalf of women who do not have a job in the public eye,” she said. “Housekeepers, teachers, doctors, lawyers — women no one gives a microphone to.”

“We can’t say everything is resolved,” she said, but “everything that has come to light is so important.”

Cruz — who was in Los Angeles for the Emmys and to promote “Loving Pablo,” in which she plays a journalist who was drug kingpin Pablo Escobar’s lover, ahead of its US release — said the past year marks “the beginning of change.”

But she predicted “a long struggle” ahead.

“It’s not a conflict of women against men — men and women need to fight together to reach equality,” emphasized Cruz, who was nominated for an Emmy for her portrayal of Donatella Versace in “The Assassination of Gianni Versace: American Crime Story.”

Bardem, who, like Cruz, is Spanish and an Oscar winner, says he considers movements fighting violence against women, including #MeToo, important, but he cautions against the risks of “media lynching.”

“We must pay attention to what we do,” he told AFP, noting that many times when charges are made public, “the person is considered guilty” without “the opportunity to defend” himself or herself.

Bardem also won his Oscar in a Weinstein-produced film “No Country for Old Men,” directed by the Coen brothers, one year before Cruz. NVG