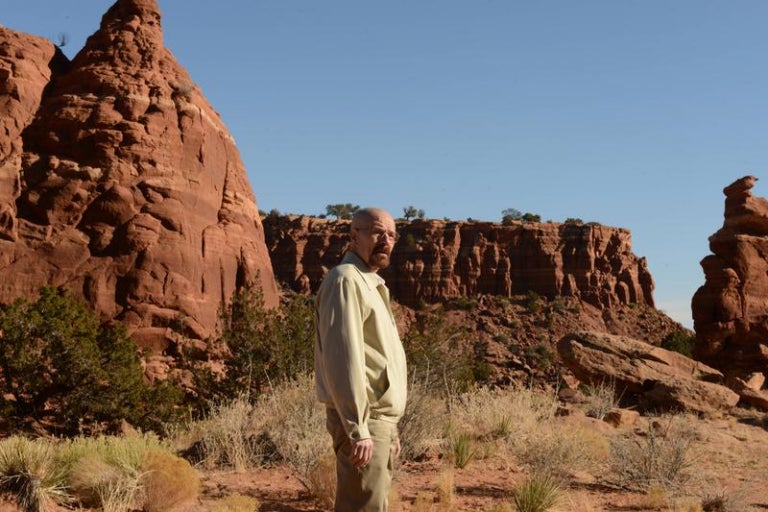 Music on Vinyl has announced it will be issuing a vinyl box set featuring the songs heard on the cult TV show “Breaking Bad” which this year celebrates the tenth anniversary of its premiere on AMC.

From Music on Vinyl/At the Movies in collaboration with Sony Pictures Television, the box set will be released on 5×10″ vinyl in five different jackets, each covering one season and including music by Badfinger, Calexico, America, Fever Ray, Apparat, Marty Robbins, Vince Guaraldi, The Peddlers and more.

Also featured will be dialogue snippets from characters from the series, including Walter, Jesse, Skyler, Mike, Gus and Saul.

Outside, the Breaking Bad logo will appear in a drip-off varnish on front, while inside, buyers will find a “Breaking Bad” poster, a Los Pollos Hermanos plastic ID badge, and a 24-page booklet with pictures and liner notes by the show’s music supervisor, Thomas Golubić.

The box set will be available Nov. 30 in a limited edition of 5,000 individually numbered copies on “Albuquerque crystal” vinyl (transparent with a touch of turquoise). JB