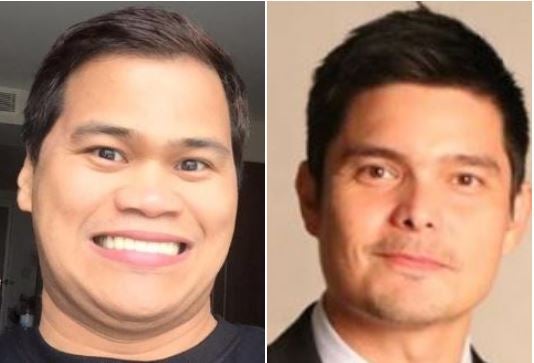 In comedian-actor-talent manager Ogie Diaz’s latest “Mama Ogs Answers,” Diaz  once again gave his sentiments on multitude issues, ranging from the perpetual traffic on Edsa and the skyrocketing price of siling labuyo to his support of Dingdong Dantes’ possible bid for a Senate seat.

Recent reports said that Dingdong Dantes was one of those being considered by the Liberal Party for the 2019 senatorial elections. Up until this point, Dantes has never confirmed nor denied his plans with regards to running for public office. His wife, Marian Rivera, however, let slip notice earlier this month that although she wasn’t certain what position her husband was eyeing, she knew he was “definitely running.”

Diaz also tagged Dantes in the comments section of his post and reiterated his support for him.

Diaz appeared disappointed over the relevation, as he wrote back, “Ay, sad naman.”

Back in 2016, Dantes told the press that he wouldn’t be running for senator under the Liberal Party in the 2016 polls. Back then, Dantes shared that his focus was on his family, career and serving the Filipino youth. He, however, was “honored” to be considered on the shortlist for possible LP senatorial candidates.

Dantes has lately becoame more outspoken about his political views on social media. In an interview last June, Dantes shared to Inquirer that he was open to discussing news and issues online when “things I deem important are compromised. And you know what those are… That’s the simple reason.”

He also gave no definite answer when asked if he planned to run in next year’s elections.

“I value my work as an actor. I love my family very much, and I value community work,” Dantes said then. “My accountability is to the viewers, my family and country.”  /ra