Why Dingdong has become more outspoken about his political views 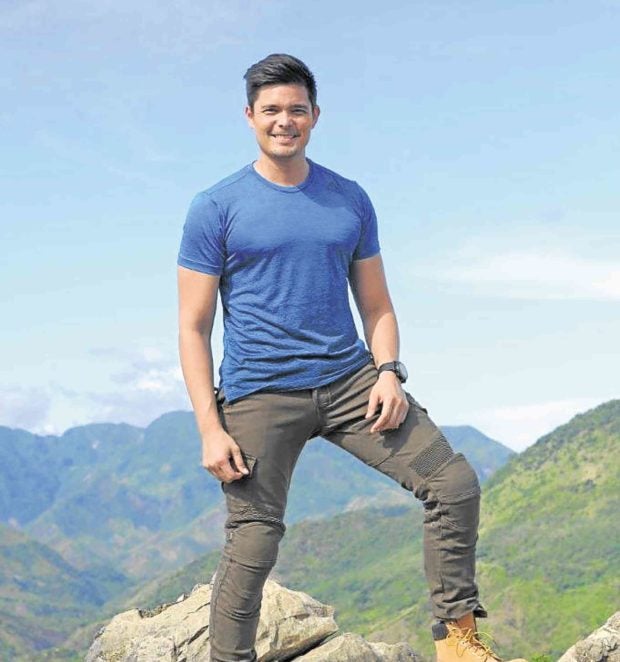 “That happens when the things I deem important are compromised. And you know what those are… That’s the simple reason.”

Thus said Dingdong Dantes when asked by the Inquirer why he seemed to be more open these days in discussing news or issues that are political in nature, on social media.

He was one of the handful of celebrities who weighed in on President Duterte publicly kissing a married Filipino woman in a televised event earlier this month in Seoul. Specifically, he commented on Sen. Sherwin Gatchalian’s claim that the incident was similar to married celebrities doing kissing scenes for movies and television shows.

On Twitter, the GMA 7 star stressed that actors are beholden to “our viewers, producers and the manner of delivering the story.” “Ibang usapan na ’yan kapag public official ka,” he wrote in response to a social media user who asked for his take on the matter.

Dingdong also took to Instagram to offer his support to his wedding godmother Kris Aquino amid her online squabble with Assistant Presidential Communications Secretary Mocha Uson. “We love you, Ninang,” the caption of a photo of him with Kris and his wife Marian Rivera, read.

“Of course, I understand the pain she went through during that time, and we just wanted to show our support,” he told reporters at a press conference for the infotainment program “Amazing Earth,” which airs Sundays starting June 17 on the Kapuso network.

On persistent rumors that he plans to run for public office in next year’s elections, the 37-year-old actor—as in his past interviews—gave no definitive answer.

“I value my work as an actor. I love my family very much, and I value community work. My accountability is to the viewers, my family and country,” said Dingdong, who’s the founding chair of the advocacy group YesPinoy Foundation and a former commissioner-at-large of the National Youth Commission.

“I plan to have this way of thinking for a very long time,” he added.

He intends to focus on the projects lined up for him.

“Amazing Earth,” which will feature the beauty of the Philippines’ landscapes, wildlife, flora and fauna, is a fitting show for Dingdong, who was given the opportunity to deliver a speech at the 2015 Paris Climate Change Conference.

“I don’t claim to be an expert. And I’m not a scientist. But one thing’s for sure—we all belong in this planet, and we’re all responsible for what we do. We’re not the only ones here. We have animals and other things around us. It’s a matter of respecting nature,” he said.

Dingdong admitted that doing a soap had become tougher since he and Marian had Baby Zia.

“It’s especially difficult when we both have shows at the same time. But sometimes, duty calls and we have to work,” he said, adding that he wants to be as hands-on as possible in raising his 2-year-old daughter. “But we’re grateful because GMA 7 gives us leeway when it comes to time.”

Still, Dingdong is determined to continue growing as an artist by utilizing the various platforms available these days.

“The situation is different now, because expression of artistry is no longer limited to one or two platforms. So, you have to explore different outlets,” he said. “There’s digital media. You can tell stories through social networking sites. But if I want to bring a character to life, film is still there. And for soaps, there’s television,” he said.

Read Next
Derrick bares what makes love team with Barbie click
EDITORS' PICK
Beyond water service: Maynilad builds massive infrastructure projects to clean up Metro Manila waterways
Timeless Elegance in the Philippines’ Most Distinguished Home Kitchens
SM continues to send relief assistance to remote towns in Batangas
Bato on ending VFA with US: ‘I don’t deserve this bargain but it’s not all about me’
Singapore confirms first case of novel coronavirus
Group slams Duterte: Terminate VFA because of sovereignty issues, not because of Bato
MOST READ
Part of Aurora Boulevard in Cubao closed from Jan. 25 – Feb. 1
Duterte threatens to scrap VFA if US doesn’t rectify Bato’s visa cancellation
Sam Heughan on turning 40, new ‘Outlander’ season, playing Paul Newman in film
Duterte to decline invitation to attend US-Asean summit
Don't miss out on the latest news and information.