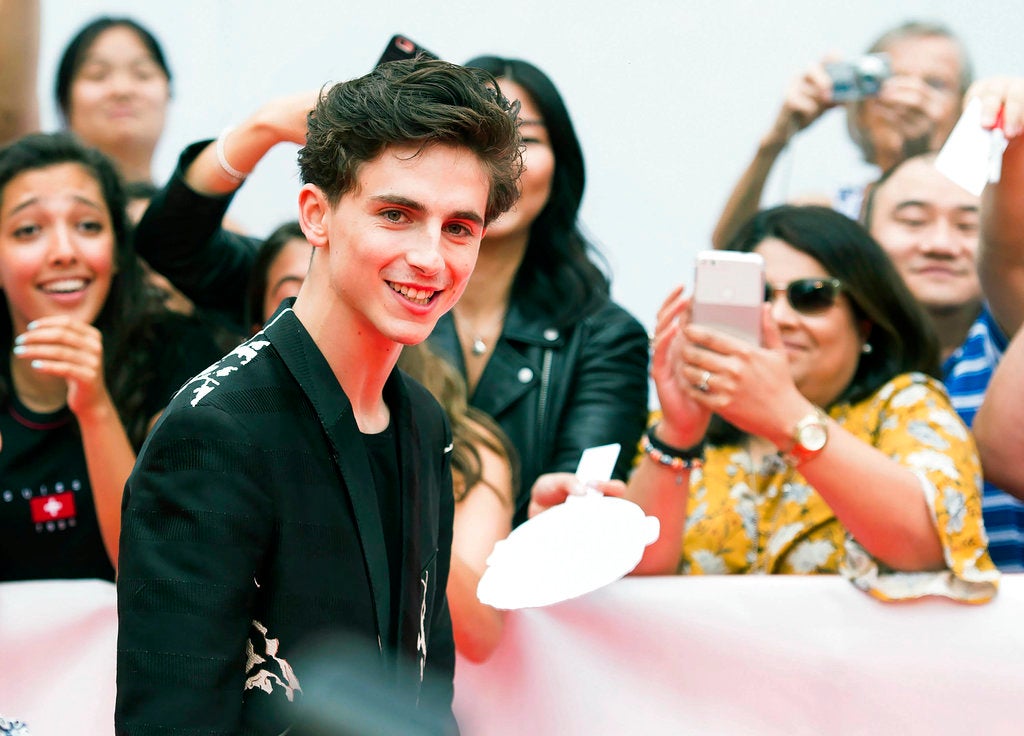 TORONTO (AP) — A year after his breakthrough performance in “Call Me By Your Name,” Timothee Chalamet — now a seasoned veteran at the age of 22 — is again the toast of the fall film festival circuit.

Though there were few doubters after Chalamet became the youngest best-actor Oscar nominee in almost 80 years, the young actor’s performance in the father-son addiction drama “Beautiful Boy” has resolutely confirmed Chalamet as one of the most talented actors of his generation.

In the film, which made its debut at the Toronto International Film Festival, Chalamet plays Nic Sheff, the young son of David Sheff (Steve Carell). In scenes that toggle between the father’s happier memories with his son and the crushing cycles of rehab and relapse that come later, “Beautiful Boy” is an unusually realistic depiction of drug addiction, as seen through the prism of a family.

Chalamet’s layered performance runs from a boyish, curious kid to a young man in existential free-fall. It’s returned him to the top of Oscar predictions lists, only this time slotted in among supporting-actor favorites. Some have joked that if Chalamet, who was trumped in March by Gary Oldman, were to win, it would effectively be like a lifetime achievement award for the 22-year-old.

“It’s something I heard Armie (Hammer) say a number of times last year: The cake of the experience is making it, from a personal standpoint,” Chalamet said in an interview. “It’s working with artists you admire and telling a story of great importance. This story and this film feel very urgent. People will take from it what they will.”

The film, directed by Felix Van Groeningen, is based on memoirs by both Sheffs: David’s “Beautiful Boy: A Father’s Journey Through His Son’s Addiction” and Nic’s “Tweak: Growing Up on Methamphetamines.” Both attended the Toronto premiere, receiving loud rounds of applause when they took the stage alongside their fictional doppelgangers.

For Chalamet, the last year has been a whirlwind that swept him across countless awards season stages and made him a new-generation matinee idol. In Toronto, his trimmed locks (for a recently shot movie) and suave French answers on the red carpet spread like wildfire across social media. (Chalamet is a lifelong New Yorker whose father is French.)

But Chalamet’s most prized experiences from the last year or so are more about the work and the people it’s brought him in contact with. “Beautiful Boy,” which was shot in the spring of 2017, meant working with Carell, whom Chalamet has been a fan of all his life.

“Getting to meet people I’ve always looked up to, those kinds of aspects were amazing and life-affirming in many ways,” says Chalamet of his 2017-2018. “But really the hope I had from last year is just that I be privy to more great projects. Everything and anything around that, even in my personal life, is in a healthy way the same.”

After the Oscars, Chalamet spent four months in Europe shooting the Netflix drama “The King,” inspired by Shakespeare’s “Henry V.”

“It was great to just dive back into something right away and get in the mud, literally and metaphorically,” says the actor. “And just be back on the battlefield, the playing field and learning again.”

What’s been perhaps most endearing about Chalamet throughout his swift rise is his earnest exuberance at the avalanche of opportunity. He is, unmistakably, soaking it up.

“Disillusion without reason can be common now. We live in a strange — to put as openly as possible — time. I’m finding myself in situations whether it’s Steve Carell or I’m about to start a project with Meryl Streep and Greta Gerwig,” he says. “The material goods is the stuff you feel weary of. You think of the roadmaps of other actors or professionals and try to be wary. But as far as, like, being around artists and actors I’ve admired and freaking out and not being able to contain myself — yeah, it’s been good.” NVG