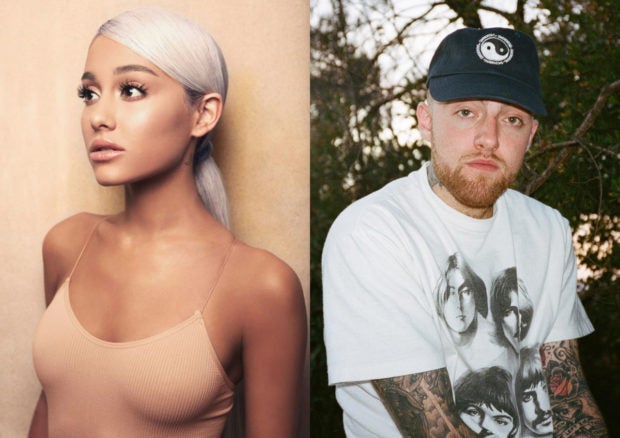 The news of Miller’s death shook the world yesterday, Sept. 8. His family confirmed that the rapper died on Friday, Sept. 7, in his home in Los Angeles. Although the coroner’s office handling the case did not give details on the cause of Miller’s death, there had been rumors circulating in social media that the rapper, who was then-battling drug addiction, died of a drug overdose.

This rumor did not sit well with Miller’s fans who expressed their anger over the rapper’s alleged cause of death towards Grande. The singer and Miller had been in a two-year relationship before calling it quits in early May this year. Grande announced her relationship with comedian Pete Davidson by the end of May, and at the beginning of June, Davidson and Grande were engaged.

Look I ain’t even gon sugar coat it. This is @ArianaGrande fault.

All your fault @ArianaGrande

Some are rationalizing their blame, citing Miller and Grande’s breakup as well as Grande’s relationship with Davidson as reasons.

Ariana Grande cheated on Mac with his friend, got engaged incredibly too soon, ripped the dudes heart out and disrespected him and people support her. Not her fault he's dead. But she's a disgusting human being

I personally don't think it was, Ariana Grande's fault, Mac Miller passed away, but I can see why people will point the finger at her. Let's assume he really had strong feelings for her & wanted to settle down. She immediately got engaged to someone else after. That's suspect.

It’s all your fault hoe @ArianaGrande

Another Twitter user, Pres (@pres2424), said s/he will be boycotting Grande’s music after what happened.

I’m boycotting Ariana Grande music this is all her fault

Apparently, it was not only on Twitter that Grande had been slammed by Miller’s fans. Grande briefly disabled the commenting feature on her Instagram page after Miller’s fans blamed her for the rapper’s death on the comments section of her photos. Fans may now comment on her posts again, as of this writing.

People are horrible, @ArianaGrande had to remove the option of commenting on her pics on Instagram because they were blaming her for Mac Miller’s death. Ugh that’s not okay.

But Grande’s fans were quick to support the singer, stating that Grande is not to blame for Miller’s alleged drug overdose. They asserted that Grande has the right to leave Miller when their relationship became “toxic.”

While I know people are sad about the passing of Mac Miller, PLEASE do not blame Ariana Grande. It’s not her fault. He had toxic tendencies that were potentially dangerous to her,so she left him. Blaming her is a toxic ideation that women need to care for men at their own expense

Blaming @ArianaGrande bc she “left him at his lowest” perpetuates a very harmful idea that women Should stay in toxic relationships to “save” them. When someone’s lowest becomes toxic and potentially harmful, you have every right to leave and the results are NOT your fault.

I want to say something for @ArianaGrande; leaving someone that is unhealthy is okay. Finding new love is okay. The person you tried to help and had to leave for your own health. Is okay. IT WASNT HER FAULT. Nor in her control. Trust me. I would know.

“The only way it was Ariana Grande’s fault is if she was his drug dealer,” quipped one Twitter user, Adrian Respects Women (@adrianrespects).

“You know, I didn’t see anybody blaming William Valderrama when Demi Lovato overdosed, but when Mac Miller overdosed, everybody is attacking Ariana Grande?” asked one fan, Allie Baba (@NsbSo), referring to Lovato’s drug overdose in July. “What kind of backwards sexist bullshit is this?”

You know, I didn’t see ANYBODY blaming William Valderrama when Demi Lovato overdosed, but when Mac Miller overdosed, everybody is attacking Ariana Grande? What kind of backwards sexist bullshit is this?

Today, Sept. 9, Grande finally broke her silence on the matter.

She shared a black-and-white photo of Miller on Instagram without a caption. JB