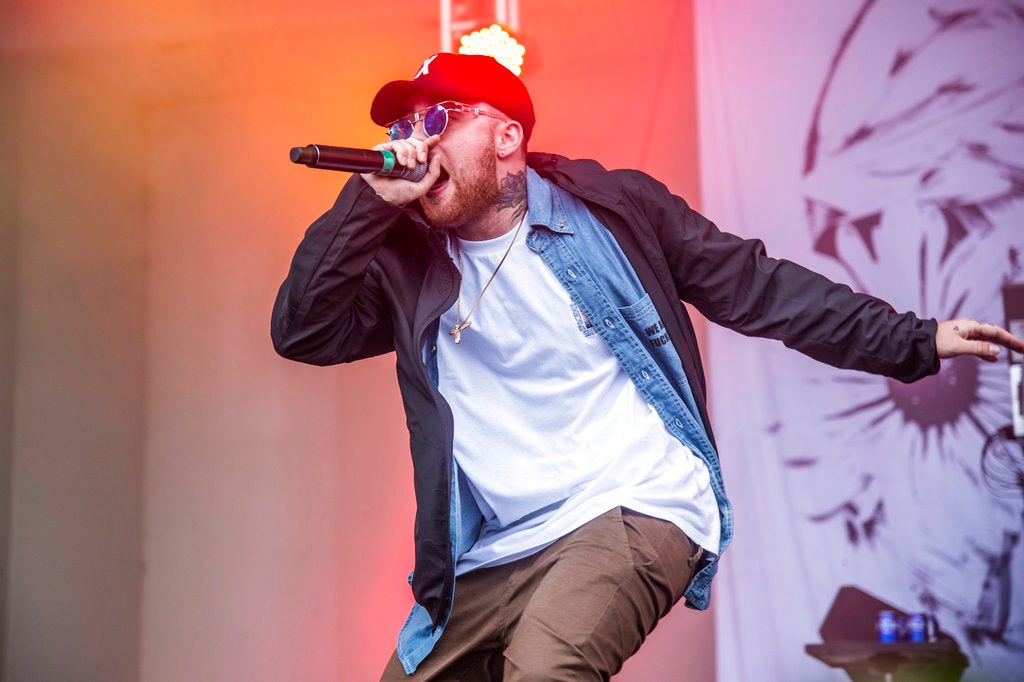 FILE – In this July 29, 2016 file photo, Mac Miller performs at Lollapalooza in Chicago. Miller, the platinum hip-hop star whose rhymes vacillated from party raps to lyrics about depression and drug use, has died at the age of 26. A family statement released through his publicists says Miller died Friday, Sept. 7, 2018, and there are no further details available on how he died. (Photo by Amy Harris/Invision/AP)

LOS ANGELES — Mac Miller, the platinum hip-hop star whose rhymes vacillated from party raps to lyrics about depression and drug use, and earned kudos from the likes of Jay-Z and Chance the Rapper, has died at the age of 26.

His family said in a statement that Miller died Friday but gave no further details. “He was a bright light in this world for his family, friends and fans,” the statement said.

Miller, who also drew headlines for his two-year relationship with singer Ariana Grande that ended earlier this year, apparently died in Los Angeles.

Los Angeles police said they responded to a report of a deceased person at a home on the same block where Miller is listed as a resident, and had turned the case over to the coroner’s office.

The coroner’s office said it did not have any details it could release.

While Miller didn’t have a hit on Top 40 radio, he had a strong following on streaming networks and even had an album debut at No. 1 on the top 200 albums chart. He often alluded to his battles with addiction over the years and had collaborations with numerous performers, including Kendrick Lamar, Lil Wayne and Ty Dolla $ign.

The album included the song “Come Back to Earth,” with Miller trying to chart his way through tough times: “In my own way, I feel like living some alternate reality/And I was drowning, but now I’m swimming through stressful waters to relief.”

He was due to start a tour at the end of next month that he promised would be special every night. On Thursday he tweeted: “I just wanna  go on tour.”

At the news of his death, Chance the Rapper tweeted: “I dont know what to say Mac Miller took me on my second tour ever. But beyond helping me launch my career he was one of the sweetest guys I ever knew. Great man. I loved him for real. Im completely broken. God bless him.”

J Cole said on Twitter: “This is a message for anybody in this game that’s going through something. If you don’t feel right, if you feel you have a substance problem, if you need a ear to vent to. If you uncomfortable talking to people around you. Please reach out to me.”

Miller and Grande collaborated on her first top 10 hit, the multiplatinum, “The Way,” which propelled her from teen TV stardom to pop star, and they dated for two years before their relationship ended in May. She later called it a “toxic” relationship on Twitter.

Not long after he was charged with DUI and hit and run after police said he struck a power pole and fled the scene. His blood alcohol was reportedly twice the legal limit.

The Pittsburgh native, born Malcolm McCormick, rose to fame with a frat-rap attitude in his mixtapes like “Best Day Ever” and his full-length album debut, 2011’s “Blue Slide Park.” His more goofy songs included “Nikes on My Feet,” ”Kool Aid & Frozen Pizza” and “Knock Knock.”

One of his biggest songs was the 2011 platinum-certified mixtape track “Donald Trump,” which prompted a feud with the future president. He asked his fans not to vote for Trump, who was flirting with the idea of running for president then, and publicly supported the Black Lives Matter movement. /muf