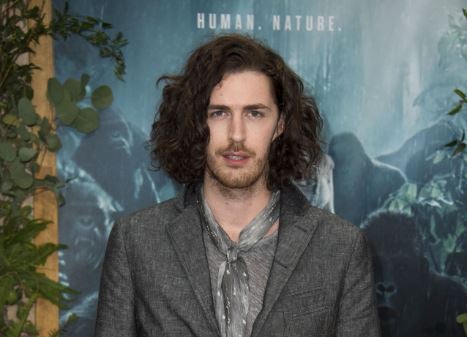 Musician Hozier attends the world premiere of ‘The Legend of Tarzan’ in Hollywood, California, on June 27, 2016. Image: AFP/Valerie Macon

Hozier on Thursday released his first new music in four years, a stirring tribute to the activism of Nina Simone and other singing greats.

The Irish singer and guitarist found a global audience after his 2013 Grammy-nominated breakthrough “Take Me To Church”, a hard-charging but folk-rooted song that indicts organized religion over homophobia.

In his first release since his 2014 self-titled album, the artist born as Andrew Hozier-Byrne on Thursday put out a four-track EP led by the title song “Nina Cried Power”.

Fueled by the same passion as “Take Me to Church” but with an up-tempo edge influenced by gospel, the title track features vocals by Mavis Staples and organ by Booker T. Jones, both of them witnesses to the civil rights movement.

“Hozier is a rare artist who remains a wellspring of creativity,” the 73-year-old Jones said in a statement.

“Like a baby who never becomes a child, he lingers selflessly at the source, rendering one fresh song after the other,” he said.

Among the EP’s other highlights are the downcast and cryptically named “NFWMB”, a song of longing that again turns to religious imagery.

Despite his measured output, Hozier has remained active on the live circuit and starts a tour of sold-out dates across North America on September 15. CC