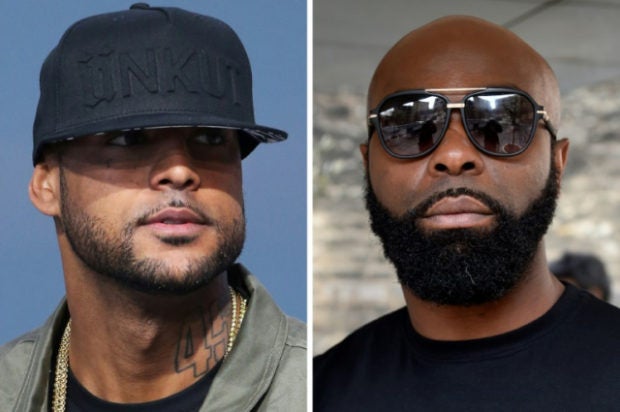 Video of the fracas between rappers Booba and Kaaris in a duty-free shop inside the departure hall of Orly airport on August 1 went viral after holidaymakers filmed the fight on their phones. Image: AFP/Dominique Faget, Loic Venance

Two of France’s biggest rap stars were both responsible for a brawl between their entourages that forced a partial shutdown of a Paris airport, each driven both by a fear of losing face, a French court heard on Thursday.

The fracas between bitter rivals Booba and Kaaris in a duty-free shop inside the departure hall of Orly airport on August 1 went viral after holidaymakers filmed the fight on their phones.

The rappers, who were on their way to a concert in Barcelona when the fight broke out, have waged a feud on social media for years, with users often urging them to settle their differences with their fists.

Booba, real name Elie Yaffa, launched the first kick but it was Kaaris, aka Okou Gnakouri, who squared up to his opponent resulting in members of the two entourages having no choice but to get involved, the prosecutor told the court in Creteil in the southeastern suburbs of Paris.

“Under the gaze of passengers and social media, this encounter could only end in physical confrontation,” the prosecutor said, adding that each had created personas that were “strong,” “violent” and “excessive.”

In this context, to “look down, look away, ignore the other, that would already have been to lose face,” said the prosecutor, who requested both men be given one-year suspended sentences.

The rappers “lost all lucidity” and acted out of fear of “becoming the laughing stock of their entourage but also of the internet,” the prosecutor added.

Booba, 41, told the court on Thursday that he “simply defended himself” and kicked out because he felt “surrounded” and “threatened” by Kaaris and his group.

Kaaris, 38, said “it’s really not my fault, I had no choice” and that he “acted in self-defence from start to finish.”

Both men spent time in solitary confinement in separate jails near Paris before being released late last month after paying a 30,000 euros ($34,700) bail. They were also ordered to stay away from each other and hand over their passports. CC