Jabbawockeez dances in Makati, on top of jeepney to thank 2M subscribers 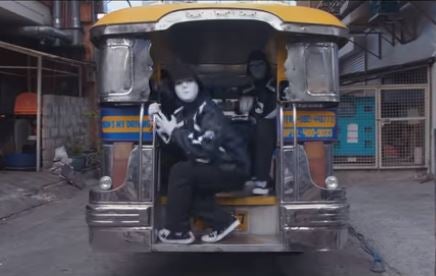 World famous hip-hop dance crew Jabbawockeez recently celebrated their milestone of reaching 2 million subscribers with a dance video. The group was hailed as the winners of the first season of “America’s Best Dance Crew” back in 2008, which made the distinct white gloves and white masks the signature of the famed dancers worldwide.

Before their claim to fame, however, Jabbawockeez was formed in 2003 between friends Kevin Brewer, Phil Tayag and Joe Larot. The friends eventually tapped within their dance community, which saw the group’s members grow to a diverse 11, some of whom are Filipino-American, Korean-American, Vietnamese-American, among others.

Their latest video was shared last Aug. 29 on YouTube, where the group thanked all their fans for their undying support.

They revealed that the location of their shoot was “somewhere in the Philippines” but didn’t mention where specifically. It appears, however, that the group was dancing inside The Ruins in Poblacion, Makati. 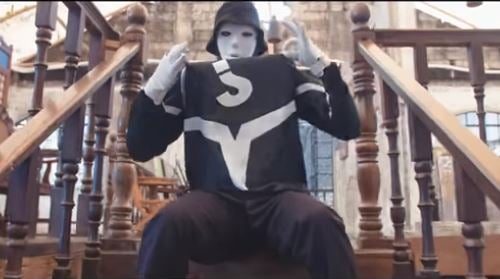 In the video, the boys can be seen wearing matching black sweaters and pants, as well as black hats. They, too, wore their signature white gloves and masks. At one point, the group paid homage to the iconic jeepney by including it in the video, with one even dancing on the roof of the vehicle.

The video ended with the group sitting inside the jeepney before being driven away as they waved to the camera.

This isn’t the first time the Jabbawockeez stepped foot into the country this year. The group flew to the metro to open Bruno Mars’ concert at the Mall of Asia Arena in Pasay City last May, a spectacle that was lapped up by hip-hop dance aficionados and Bruno Mars fanatics alike.

These days, the group performs regularly at the MGM Grand in Las Vegas, Nevada, treating their fans to shows six days a week at the Jabbawockeez Theater inside the luxurious hotel and casino. NVG