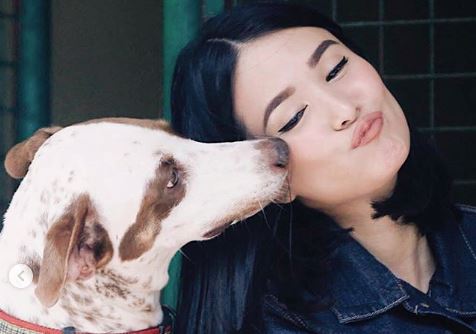 It was another dream come true for animal lover Heart Evangelista when she unveiled to the public recently her latest campaign, with the Philippine Animal Welfare Society (PAWS). Evangelista has been a member of PAWS for more than a decade and a proud owner of an aspin (asong Pinoy) for  years, so it was only a matter of time until she launched her dog-friendly campaign, “Have a Heart for Aspins.”

Evangelista took to her Instagram last Aug. 23 to tell her fans of her campaign, an undertaking that she did in honor of her aspin, Panda.

“This is a dream come true for me because I grew up with a lot of aspins,” shared Evangelista. “I understand how they’re beautiful and gentle animals who are equally deserving of love as any other pet.”

She also shared to her fans that adopting an aspin has been “one of the most fulfilling decisions I’ve made in my life!”

“I encourage everybody to try it too! Right now, there are over 300 rescues available for adoption from @pawsphilippines. I hope you support the cause. #AdoptDontShop #AspinClub.”

Evangelista earlier hinted about the campaign last Aug. 18 when she shared a picture of her wearing a sky-blue PAWS shirt and posing right next to Panda.

“I believe that our kindness, compassion, and love must extend to animals too!” Evangelista wrote then. “Choosing to #AdoptNotShop saves the lives of so many animals who have suffered from neglect and abuse.”

Evangelista has always been consistent when it comes to matters she holds dear, especially when it concerns her furry friends. In the past, such as in 2015, she opposed the Quezon City ordinance that limited pet ownership among the city’s residents. Evangelista said then that the ordinance might lead to owners abandoning their pets. It’s known that pet abandonment is a crime under the amended Animal Welfare Act.

“There are many animal lovers that will be affected negatively by this ordinance because they are currently keeping more than 4 pets,” said Evangelista then. “A lot of them aren’t breeders or businessmen but people with kind hearts who took in a homeless stray.”  /ra