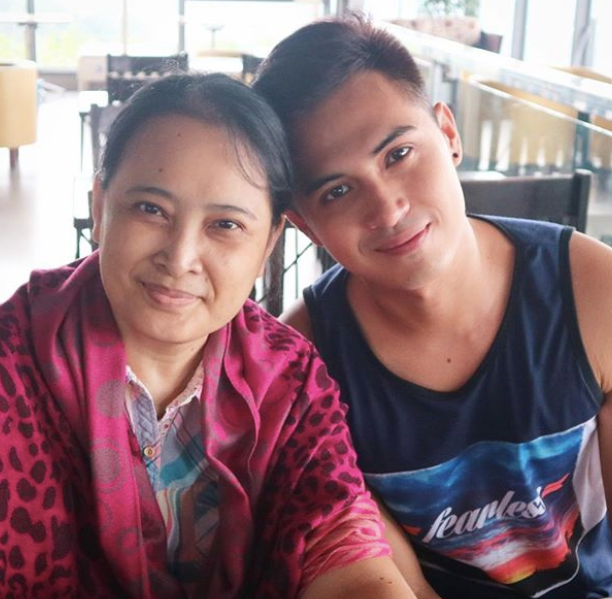 In his Facebook and Instagram posts, Marlo asserted disbelief over his mom’s passing, as well as his appreciation for his mom’s love. Giving a timeline of his mom’s last days, he said she was almost gone the other night, but still managed to stay with them for two more days.

He expressed how much he loved his mother and that he and his father would strive to pull themselves together from their pain.

Marlo credited his perseverance at work to his mother. In past interviews, he said almost all his savings went to the medication and hospitalization of his sick mother.

In October 2017, Marlo staged a benefit concert called “Songs for Mama” to support the expenses for his then-ailing mom. 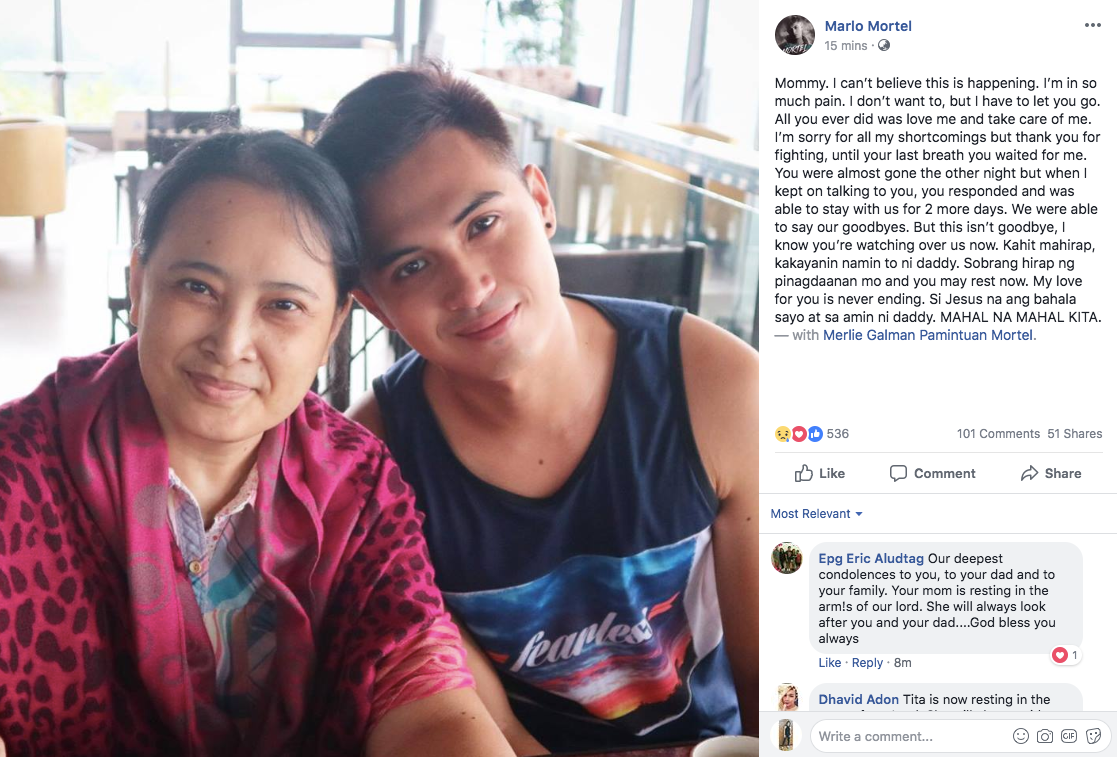 During his guesting on Inquirer ShowbizLive in September last year, he shared that a few years back, his mom was diagnosed with stage two breast cancer. As the years went by, it progressed into stage four, and she had been experiencing complications because of her illness.

Among his mom’s struggles was undergoing an open-heart surgery and a lung operation.