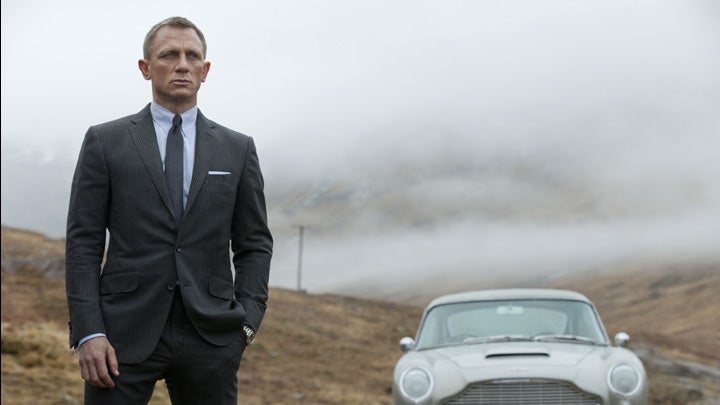 Boyle, a longtime fan who included Craig’s Bond in the opening ceremony he directed for the 2012 London Olympics, was reportedly just beginning the casting process for the movie, slated for release at the end of next year.

“Michael G. Wilson, Barbara Broccoli and Daniel Craig today announced that due to creative differences Danny Boyle has decided to no longer direct Bond 25,” the site said, referencing the producers and star of the long-running British spy movie franchise.

It was not immediately clear whether Boyle’s exit would delay the production, with filming at Pinewood Studios, west of London, expected to begin in December.

There was no announcement on Boyle’s replacement, but the producers were said to be interested in admired Scottish director David Mackenzie (“Hell or High Water”) and Denis Villeneuve (“Blade Runner 2049”) before the “Trainspotting” and “Slumdog Millionaire” director was hired.

The film is due for release on October 25 next year in Britain, with Universal handling the international distribution. MGM and EON Productions plan to release it in the US two weeks later.

Boyle, 61, who won an Academy Award in 2009 for “Slumdog Millionaire,” was due to partner again with screenwriter John Hodge on the new movie.

The pair worked together on two “Trainspotting” movies, in 1996 and 2017, and “The Beach,” starring Leonardo di Caprio.

Boyle, who also directed 2015’s “Steve Jobs” and “28 Days Later” in 2002, had previously said he was working on “a great idea” for a James Bond script but was unsure if it would be made.

Craig is set to make his fifth appearance as the legendary British spy in the 25th, as yet untitled film in the storied 007 franchise.

“What this means for the future of the Bond movies is unclear — obviously Wilson and Broccoli will move to find a new director,” said James White, a film writer for British entertainment magazine Empire.

“And we’d imagine that Hodge’s script will either be dropped or re-written (unless the producers decide it makes more sense to try and keep it), but the bigger question is whether Daniel Craig will stay aboard.”

The movie is expected to be Craig’s last time playing the spy, having previously starred in “Casino Royale,” “Quantum of Solace,” “Skyfall” and “Spectre.”

The internet has been buzzing for months — if not years — about the possibility of British actor Idris Elba taking over.

The son of West African immigrants fueled speculation earlier in August that he could be named the first black James Bond, with a cryptic tweet.

Elba, 45, made his name in gritty US television drugs drama “The Wire” and won a Golden Globe for his role as a murder detective in “Luther,” before moving to the big screen.

He has starred in blockbusters such as “Thor,” “Pacific Rim” and “Star Trek”, and was nominated for a Golden Globe for playing the title role in “Mandela: Long Walk to Freedom.”

Fresh rumors emerged two weeks ago amid reports that Broccoli said it was now “time” for a black actor to take the role.

Boyle’s departure was a rare shock in Hollywood, where big departures on prestige studio projects are often preceded by months of speculation and rumor.

“They were never going to see eye-to-eye on this.” /cbb