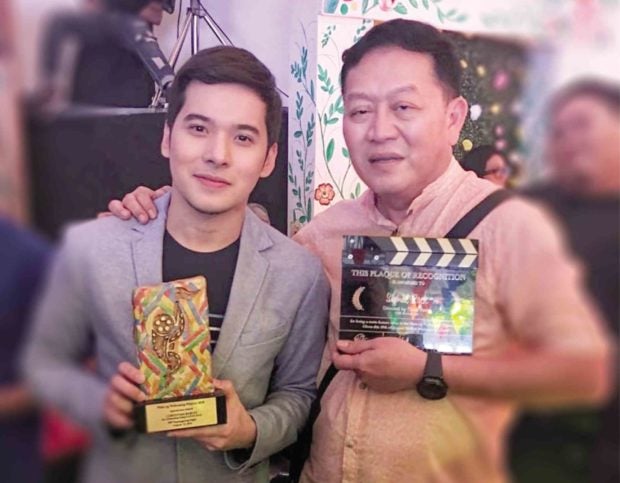 Christian Bables (left) and Chito Roño at the PPP event

Never mind the bashers. I will just let my work speak for itself,” said actor Christian Bables, who won a Special Jury award for his performance in the Chito Roño drama “Signal Rock” at the 2018 Pista ng Pelikulang Pilipino (PPP) Gabi ng Pasasalamat on Sunday night.

“What’s important to me is that I am able to do my work well and that the people I work with appreciate me,” the 25-year-old actor told the Inquirer before the PPP event. “I swear to always be as honest and real as I can be.”

Winner of best short film award was Ardinian Jaq Sanque and Lorys Plaza’s “Bato Bato Pik,” while the best director award was given to Daniel Delgado and Tiara Angelica Nicolas for “Masaya Ako.”

“The PPP is not a perfect program. It can still be improved,” said Liza Diño-Seguerra, chair of the Film Development Council of the Philippines, which organized the weeklong event.
In the coming years, she added, “We will make sure that our goal of showcasing good quality and relevant films will be met.”

The second PPP awards show, which carried the Visayan fiesta theme, was held at Whitespace Manila in Makati City.