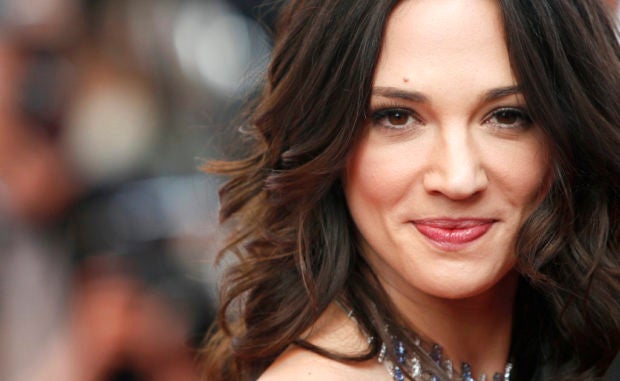 FILE – In this May 17, 2009 file photo, Italian actress Asia Argento arrives on the red carpet for the screening of “Vengeance” during the 62nd International film festival in Cannes, France. Argento, one of the most prominent activists of the #MeToo movement against sexual harassment, recently settled a complaint filed against her by a young actor and musician who said she sexually assaulted him when he was 17, the New York Times reported. Image: AP Photo/Matt Sayles, File

NEW YORK — Authorities said Monday that they are looking into sexual assault allegations by a young actor against Italian actress Asia Argento — one of the most prominent activists of the #MeToo movement against sexual harassment.

Los Angeles County sheriff’s Capt. Darren Harris said investigators from his department will seek to talk to Jimmy Bennett or his representatives about the alleged incident at a Southern California hotel in 2013, when Bennett was 17.

The move comes in response to a New York Times story saying Argento, 42, settled a legal notice of intent to sue filed by Bennett, who is now 22, for $380,000 shortly after she said last October that movie mogul Harvey Weinstein raped her.

Argento and Bennett co-starred in a 2004 film called “The Heart Is Deceitful Above All Things” in which Argento played Bennett’s prostitute mother.

Bennett says in the notice that he had sex with Argento in the Ritz-Carlton hotel in Marina del Rey, California, in 2013. The age of consent in California is 18.

The notice says the encounter traumatized Bennett and hurt his career, the Times reported.

Investigators have learned no police report was filed at the time, Harris said.

The newspaper said it received court documents that included a selfie of Argento and Bennett in bed. Three people familiar with the case said the documents were authentic, the Times reported.

In a statement to The Associated Press on Monday, a lawyer for Bennett said the actor “does not wish to comment on the documents or the events” at this time.

The statement asked for privacy and noted that Bennett would take “the next 24 hours, or longer, to prepare his response.”

Argento became one of the most well-known activists of the #MeToo movement after she told the New Yorker magazine that Weinstein raped her at the Cannes Film Festival in 1997 when she was 21. Argento told the magazine that she continued to have a relationship with Weinstein because she was afraid of angering him.

Weinstein has been indicted on sex crime accusations involving three women, but not including Argento.

Representatives for Argento did not respond to a request from The Associated Press for comment. MKH

Weinstein accuser paid teen who said she raped him – report