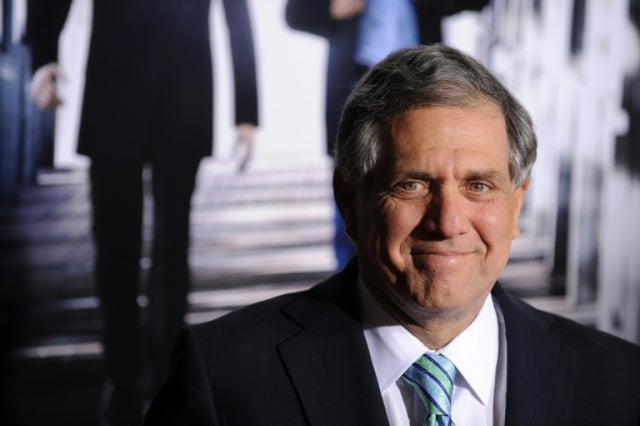 CBS CEO Leslie Moonves, seen here in a file picture from 2010, has been accused of sexual misconduct but remains on the job pending an investigation. Image: Robyn BECK – AFP/File

Once upon a time recently, mere allegations of sexual misconduct spelled instant career death. Powerful men fell like dominos. But radio silence has met harassment accusations against the CEO of CBS.

The US television corporation lost $2 billion in market value after six women accused Leslie Moonves in The New Yorker. The board appointed lawyers to investigate, but the 68-year-old has been neither sacked nor suspended.

His second wife, CBS host Julie Chen, has stood by his side and several female CBS executives have publicly championed his good character and leadership.

Stephen Colbert, the CBS late-night comic who has been scathing toward similar scandals, has also been circumspect.

“Everybody believes in accountability until it’s their guy. And, make no mistake, Les Moonves is my guy,” Colbert told his show. “I like working for him, but accountability is meaningless unless it’s for everybody.”

“It is highly surprising that the board, given the level of detail and the level of corroboration, didn’t at least suspend Moonves temporarily,” Rich Greenfield, a media analyst at BTIG told online TV program Cheddar.

“I think there were times when we saw a hanging party formed too quickly but this is not one of these times,” Jeffrey Sonnenfeld, a professor at the Yale School of Management, told AFP.

He blamed the inertia on the corporation’s large and elderly board — average age 74 — rather than a cultural shift suggesting that #MeToo revolutionary fervor may be ceding ground to a more measured, due process.

It comes with the Redstone family, which controls CBS, and the Moonves-chaired board locked in a legal battle for control over a proposed merger with Viacom that the CEO opposes and Shari Redstone supports.

“They think that they’re showing courage by circling the wagons but in fact they’re revealing cowardice — if not a cult-like support for a person over the interests of the shareholders,” said Sonnenfeld.

Questions have also been asked about why CBS only appointed outside lawyers five days after the article came out when Pulitzer-winning reporter Ronan Farrow said the corporation knew for months that it was coming.

“These are the types of firms we fight on behalf of harassment victims every day,” she tweeted. “They attack victims and defend perps and corporate inaction.”

Moonves last week expressed “regret” for unwanted advances “decades ago” but denied that he had ever “misused his position” to sabotage anyone’s career.

He blazed through the company’s second-quarter earnings on a conference call, as investors kowtowed to a company directive that questions be limited only to the results and the elephant in the room was ignored.

“No one expected Les to get into sexual harassment allegations and what did or didn’t happen X number of years ago. But I do think that investors were owed questions like: ‘what is the succession plan?'” said Greenfield.

Since joining CBS in 1995, Moonves has transformed the corporation into the most watched television network in the country and one of the media industry’s best-performing businesses.

Advertisers, at least for now, remain on board. One suggestion is that, however lauded Moonves may be, he is not a household name and so the allegations get less oxygen than those against the likes of Kevin Spacey.

“Most of the #MeToo/Time’s Up cases have revolved around figures that are more in the public eye,” said Matt Ragas, associate professor of public relations and advertising at DePaul University in Chicago. “This is different,” he said.

“One example or case doesn’t make a trend, and this one is still playing out. So I don’t know that this represents a turning point,” Ragas added.

But on one point Sonnenfeld was firm: “His current situation is unsustainable,” he told AFP. NVG