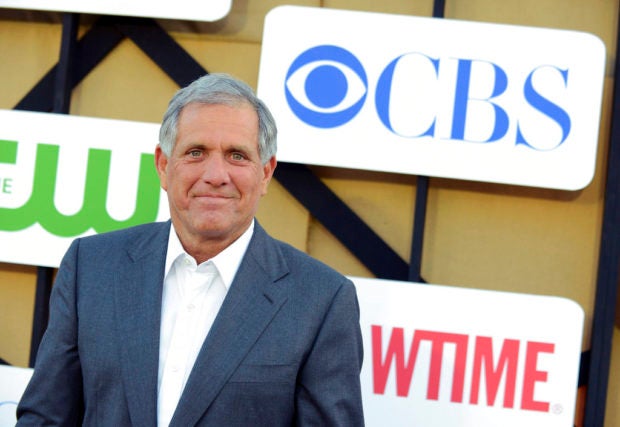 NEW YORK  — CBS will keep CEO Les Moonves in place during an investigation of sexual misconduct charges against him, the company said. It will hire an outside counsel to conduct the probe.

On Friday a New Yorker article quoted six women who accused Moonves of sexual misconduct over a span of three decades. The alleged behavior included forced kissing, unwanted sexual advances and career retaliation against women who rebuffed him. CBS issued a statement even before the article was published saying it took the allegations seriously and would begin an investigation.

The CBS board on Monday also voted to postpone the shareholder meeting that had been scheduled for Aug. 10 to a later date yet to be determined. It reports its quarterly earnings on Thursday. Shares closed down 5 percent at $51.28, and were largely unchanged in after hours trading.

If its CEO is suspended or departs altogether, CBS would lose its chief amid rapid change in the entertainment industry and a corporate battle with media mogul Shari Redstone, who controls both CBS and its corporate sibling Viacom.

Moonves joined CBS in 1995 as president of CBS Entertainment and quickly climbed the ranks, becoming CEO of CBS Television in 1998 and CEO of the newly created CBS Corp. in 2006 after it split from Viacom. He revived the company, which operates the CBS network, Showtime and other entities, with hit shows like “NCIS” and “The Big Bang Theory.”

“He’s done a terrific job in focusing the company on important franchises and pushing them to the future” with streaming services, said Moody’s analyst Neil Begley.

Moonves is also pushing to keep CBS independent against the wishes of Redstone, who wants to combine CBS with Viacom.

A likely successor, at least on an interim basis, is Chief Operating Officer Joseph Ianniello, analysts said. Ianniello, who has held his current position since 2013, has steered top projects such as the CBS All Access and Showtime streaming services. But he doesn’t have a creative or sales background, which might make him an awkward long-term leader for the company.

Another possible successor is Viacom CEO Bob Bakish, at least if Redstone gets her way. Under Moonves, CBS is suing to limit Redstone’s ability to engineer a merger. Should Moonves exit the picture, however, a combination would become more likely, and Bakish would be in a good position to helm the entire company.

Should that happen, Cowen analyst Doug Creutz said the effect on CBS could be “shattering.” He would expect several other important executives to also depart, either out of loyalty to Moonves or through association with the sexual misconduct scandal. Any resulting integration, he said, would likely be “very, very difficult.”

The scandal could also distract CBS as other challenges roil the industry. Media companies are combining to better compete against fast-growing internet companies like Netflix and Amazon. AT&T bought Time Warner for $85 billion in June and Disney is in the process of buying Fox’s entertainment assets for $71.3 billion. CBS itself has been reported to be a possible takeover target for Verizon, although that has not been confirmed.

On the plus side, CBS already has its fall lineup set, with new shows including reboots of “Murphy Brown” and “Magnum P.I.” and renewals of “The Big Bang Theory” and its spinoff “Young Sheldon.”

“Most of the big decisions for the year are in place already,” said Moody’s Begley. “If this happened six months ago, it would be a little more troubling.” MKH