Turkey to steer clear of ‘unsuitable for kids’ Eurovision 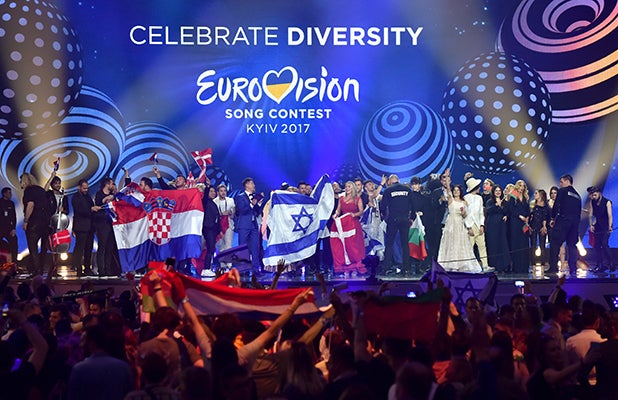 Turkey is to maintain its boycott of the Eurovision Song Contest so long as its content is unsuitable for children, the head of Turkish state broadcasting said Saturday. Image: SERGEI SUPINSKY / AFP

Turkey is to maintain its boycott of the Eurovision Song Contest so long as its content is unsuitable for children, the head of Turkish state broadcasting said Saturday, citing the victory of an Austrian drag queen in 2014.

The country, whose sequin-clad pop stars were once a mainstay of the kitschy annual songfest, has stayed out of the competition since 2012 in what was ostensibly a dispute over the voting system.

But the head of state broadcaster TRT Ibrahim Eren indicated Saturday that while the voting system was still an issue, moral qualms were at the forefront of the problem for Turkey.

“We are not thinking about taking part at the moment,” he said, quoted by state-run Anadolu news agency.

“As a public broadcaster we cannot broadcast live at 9:00 pm, when children are watching, an Austrian with a beard and a skirt, who claims not to have a gender and says ‘I am a man and a woman at the same time’,” he said.

This was an apparent reference to the Austrian drag queen Conchita Wurst who won the 2014 edition.

“There is some kind of confusion of mentality here,” Eren said, arguing Turkey’s stance was backed by other countries. “Once this is corrected we will return to Eurovision.”

Critics have decried a creeping Islamisation and conservatism in Turkey under President Recep Tayyip Erdogan although the government denies this is the case.

Seen as one of the countries more tolerant to LGBTQ rights in the Islamic world, Turkey has banned all the last editions of the annual gay pride march in Istanbul.

State-run Turkish Radio and Television (TRT) withdrew from Eurovision after the 2012 contest, citing low ratings and dissatisfaction with the voting rules.

The broadcaster had said it would return to the competition in 2016 as most of Turkey’s concerns, including over “a lack of moral standards”, have been addressed. But this never happened.

Turkey had harshly criticized the competition’s current Big-5 ruling, which states that Britain, France, Germany, Italy and Spain are guaranteed a place in the final.

One of Turkey’s top pop divas, Sertab Erener, came first in the contest in 2003 and the 2004 edition was then held in Istanbul.

Turkey’s last entry was from singer Can Bonomo who placed seventh in 2012 with the song “Love Me Back”. NVG