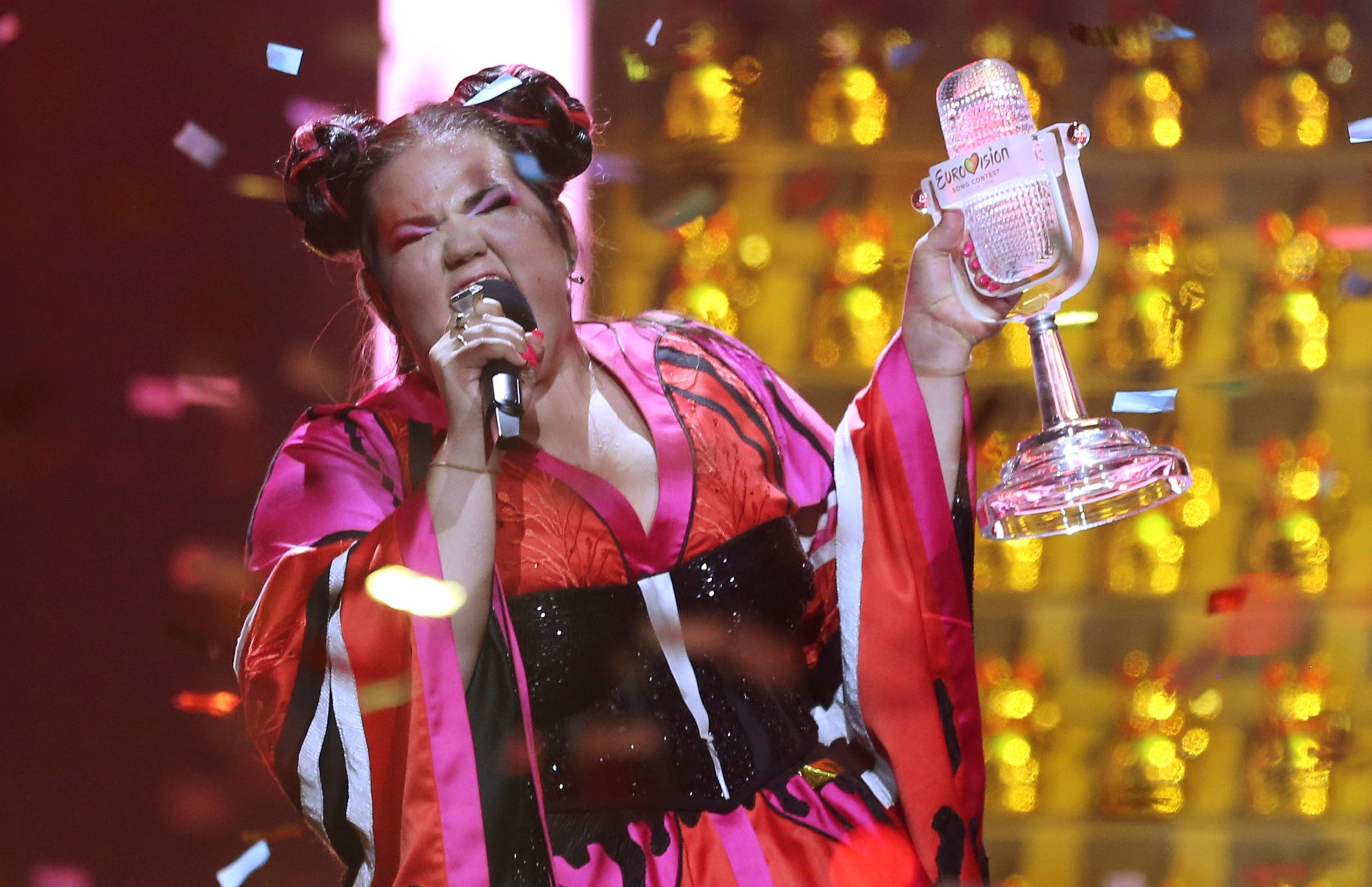 LISBON, Portugal (AP) — Netta Barzilai is sassy, she’s fun and she can sing — and now the Israeli has won the Eurovision Song Contest with a catchy techno dance tune about women’s empowerment.

The 25-year-old pre-competition favorite beat out competition from 42 other countries’ performers Saturday to claim the music extravaganza’s annual crown at the Grand Final with her song “Toy.”

There was a strong field of contestants at this year’s event in Lisbon, Portugal, which was watched by an estimated 200 million people. The votes coming in live from the capitals of participating countries delivered a tense finale, with Israel gripped in a tight, five-way race with Cyprus, Austria, Sweden and Germany.

Barzilai eventually racked up 529 points, compared with 436 for runner-up Cyprus with “Fuego” by Eleni Foureira, and 342 for third-place Austria with Cesar Sampson’s “Nobody But You.” 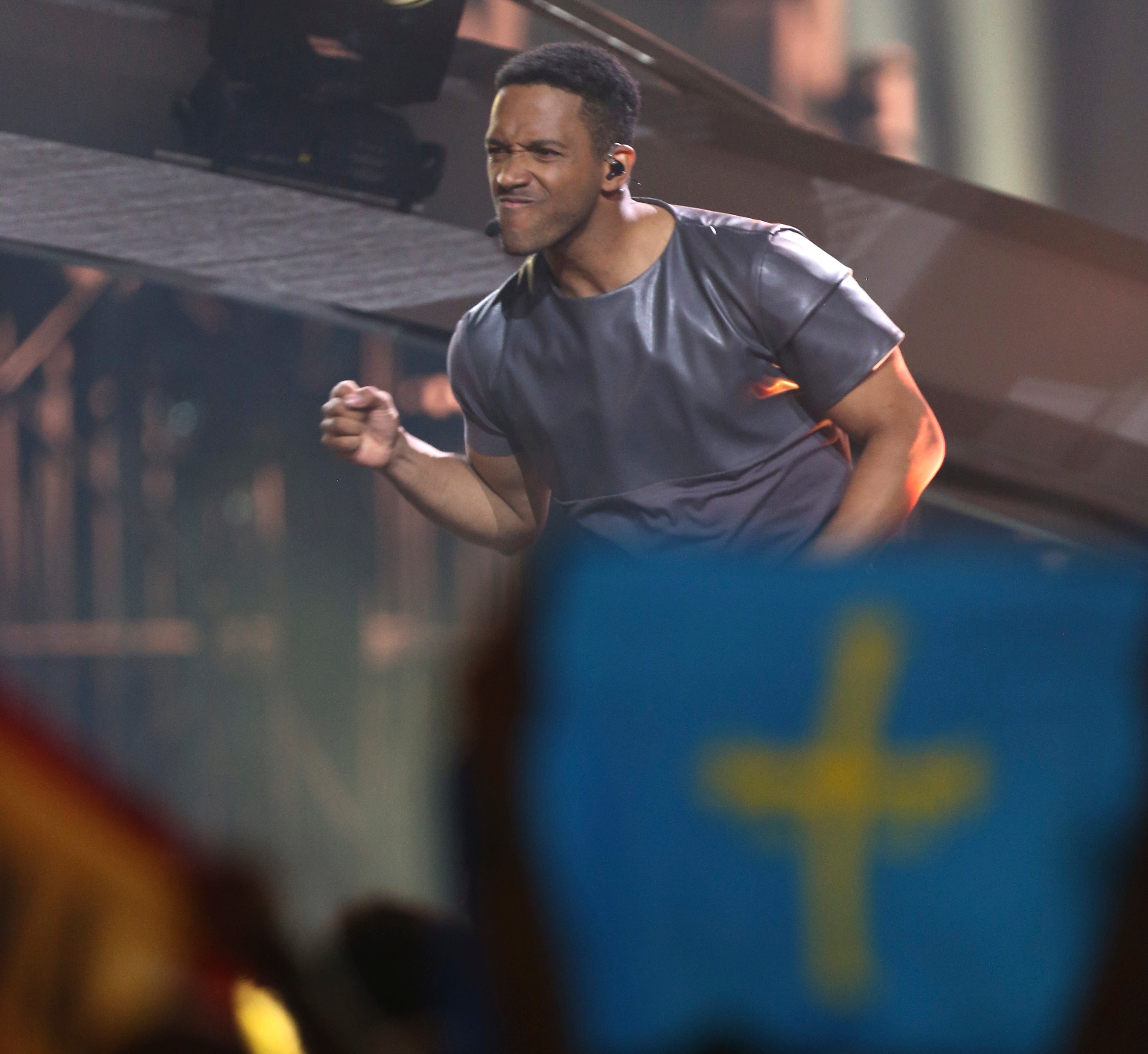 Cesar Sampson from Austria performs the song ‘Nobody But You’ in Lisbon, Portugal, Saturday, May 12, 2018 during the Eurovision Song Contest grand final. Image: AP Photo/Armando Franca

The contest largely shed its traditional hallmarks of glitz and glitter in favor of a more restrained and tasteful tone in Lisbon, which was hosting the event because it won last year with Salvador Sobral’s sober and subdued ballad “Amar pelos Dois.”

Sobral last week criticized “Toy” as “horrible music,” insisting the focus should be on the music and not the spectacle.

But Barzilai, with her Asian-themed show in red and yellow and her dancers doing funky chicken moves, was unrepentant.

Her win — Israel’s fourth and first since 1998 — means her country hosts next year’s Eurovision Song Contest.

“Next time in Jersualem!” Barzilai shouted to the audience as she picked up her award.

The international contest began as a competition between European countries, but its huge popularity has led to the inclusion of Israel and Australia among the performers.

Barzilai, known more usually as Netta, has a witty and endearing personality. Before the Grand Final, her song had already racked up more than 20 million views on Eurovision’s YouTube channel.

In “Toy,” Netta makes funny noises, including a clucking sound like a chicken and barely decipherable words, and uses a looping machine and synthesizer.

The lyrics say, “I’m not your toy, You stupid boy, I’ll take you down.”

Fans caught their breath when a protester ran onto the stage and snatched away the microphone of the United Kingdom’s contestant SuRie.

The man got hold of the microphone but was quickly tackled by security and taken away while SuRie stood by. The British singer kept her composure and picked up her song where she left off.

Previous editions of the annual event have also witnessed protesters getting onto the stage.

The event is organized by the European Broadcasting Union, an alliance of public service broadcasters. In each participating country, a jury and viewers award between one and a maximum 12 points to their favorite songs. Those votes are combined to give each country a single score.

Past winners have rarely become household names, but they include Swedish pop group ABBA and Spanish crooner Julio Iglesias. NVG