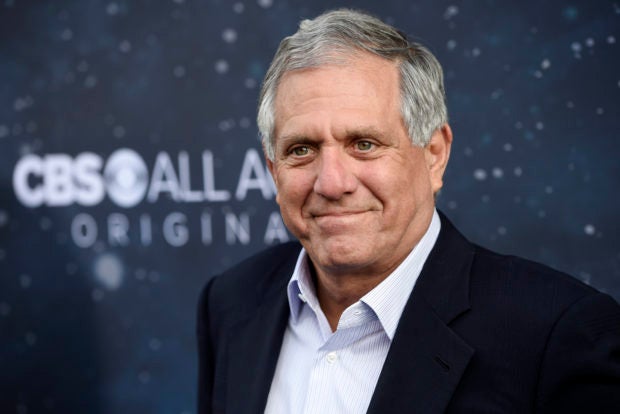 LOS ANGELES (AP) — Prosecutors in Southern California declined to pursue sexual abuse claims against CBS Corp. CEO Les Moonves because the statute of limitations has expired, according to documents.

The unidentified woman, who worked in the television industry, went to Los Angeles police in February to report three alleged incidents, two in 1988 and one from 1986.

The document stated the woman disclosed at least one of the alleged incidents to a friend a year before filing the police report.

“The applicable statutes of limitation have expired as to all three incidents,” the worksheet said.

In an article last week in The New Yorker, six women — four of whom spoke on the record — alleged sexual harassment or misconduct by Moonves between the 1980s and late 2000s.

Four of the women described forcible touching or kissing during business meetings, it says, while two said that Moonves physically intimidated them or threatened to derail their careers.

Moonves acknowledged making advances that may have made women uncomfortable but said he never misused his position to harm or hinder anyone’s career.

The incident reviewed by prosecutors was not mentioned in The New Yorker piece written by Ronan Farrow, according to a tweet from Farrow on Tuesday, July 31.

CBS said Monday that it was hiring outside counsel to investigate claims made in the article by Farrow, who wrote a Pulitzer Prize-winning story last year for the same magazine uncovering many of the allegations against Hollywood producer Harvey Weinstein.

Moonves has been a towering figure in television for decades, credited with turning around a network that had been mired for years at the bottom ratings.

The CBS chief is the latest media giant to become embroiled in sexual misconduct allegations since the downfall of Weinstein in October triggered the #MeToo social media movement.

Moonves was the No. 2 highest paid CEO of a major public company in 2017, according to an analysis by The Associated Press and Equilar, an executive data firm. He made $68.4 million last year, behind only chip maker Broadcom’s CEO.

Before joining CBS, he was president of Warner Bros. Television, where he oversaw the development of hit TV shows “Friends” and “ER.”

Moonves, who is married to TV personality and CBS producer Julie Chen, was inducted into the Television Academy Hall of Fame in 2013. NVG