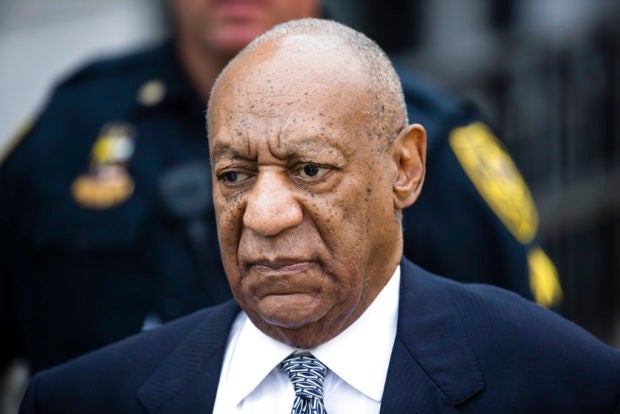 PHILADELPHIA (AP) — Pennsylvania’s highest court will consider whether the state can lawfully designate certain sex offenders as sexually violent predators, as it’s seeking to do in the case of Bill Cosby.

Cosby’s attorneys also are challenging the constitutionality of the law.

But the state Supreme Court’s decision Tuesday to review the statute was made in response to an appeal by the state in a different case, not Cosby’s challenge. A lower court judge had found the process by which offenders are deemed predators unconstitutional.

A state panel last week recommended a judge find Cosby to be a sexually violent predator after the 81-year-old’s April conviction on aggravated indecent assault charges.

That classification would require him to receive sex offender counseling by a state-approved provider for the rest of his life.

Board recommends Bill Cosby be found a sexually violent predator

ADVERTISEMENT
Read Next
LA prosecutors decline sex abuse charges against Les Moonves
EDITORS' PICK
WHO: Indoor airborne spread of coronavirus possible
Water remains our saving grace right now
Motostrada expands by handing over ‘Trident’ and adding new ‘Horseman’ to its growing business
No arrests to be made on 1st day of allowed pillion riding for couples — HPG
House panel set to meet for possible decision on ABS-CBN franchise bid
Digital hunt for Hyun Bin: 5 challenges for Smartees
MOST READ
‘I will always speak up for you’: Server on defending Fil-Am family from racist rant
‘Nouveau’: Agot Isidro hits Jinkee Pacquaio’s show of luxury Hermes, Louis Vuitton bikes
Bela Padilla on being tagged a Diehard Duterte Supporter: ‘Nope, not at all’
Solon withdraws support for ABS-CBN franchise renewal
Don't miss out on the latest news and information.