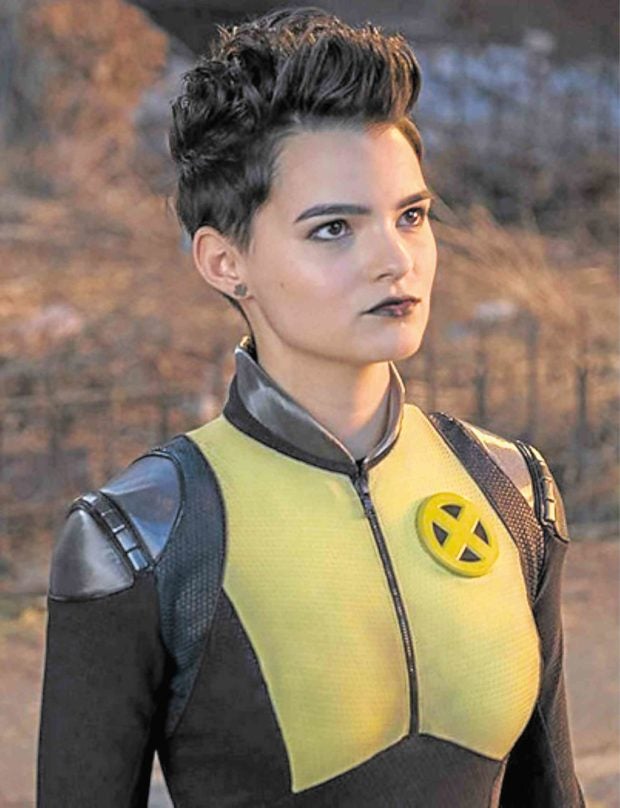 Brianna Hildebrand is openly gay, which became instrumental in the development of her “Deadpool” character, Negasonic Teenage Warhead. The mutant also “came out” as a lesbian in the sequel—a move that she credited to her costar, Ryan Reynolds.

“I was surprised when I was pitched it, but Ryan just sent me an e-mail,” Hildebrand recently told Playboy. “[It] was like, ‘How would you feel about this?’ And so that’s great—I’m glad he asked… Obviously, I was like, ‘I feel amazing about it. Let’s do it!’”

In “Deadpool 2,” out she came, appearing in most scenes with mutant girlfriend Yukio, played by Shiori Kutsuna. Hildebrand, 21, currently lives with her girlfriend, Jonneke Grisham, a set dresser she met while making another film, the 2016 drama “First Girl I Loved.”

“We did try to keep it under wraps because that’s annoying on set,” Hildebrand said.

The actress, who originally wanted to be a singer-songwriter, moved from Texas to Los Angeles when she was 17. She related that she came out of the closet as a teenager.
“When I was in high school, I came out to everyone… I was very open about my sexuality when I was younger,” she said. “So, when I got into this [current] relationship, I just acted as I would—I just posted photos of us.” —OLIVER PULUMBARIT