How Diego changed from cocky to cool racer | Inquirer Entertainment

How Diego changed from cocky to cool racer 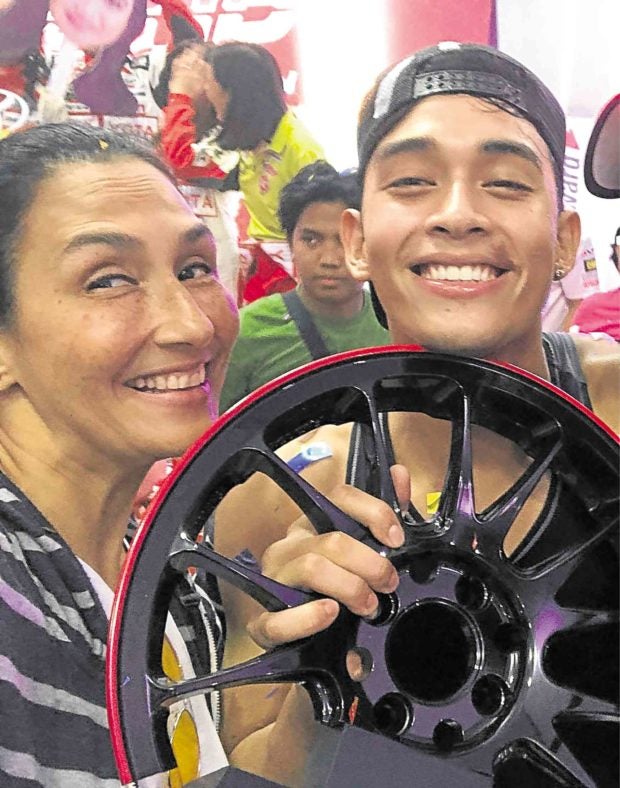 With mom Teresa Loyzaga at the Vios Cup

Actor Diego Loyzaga was the first to admit that he could be a tad “wild” on the racetrack.

So when Diego was tapped to join the third season of History Channel’s reality racing tilt “Celebrity Car Wars,” not a few observers pointed out that he had his work cut out for him.

Diego recounted that host Bobby Tonelli had dismissed him, at the start of the competition, as “very cocky, obnoxious, a typical 20-year-old with a heavy foot, who was always in a rush.”

Diego owned up: “I was a leadfoot. I just wanted to go fast all the time.”

But as the show progressed, Diego related, the host had noticed marked changes in the young man-in-a-hurry.

“Bobby said that I became tame … more disciplined and that I was learning ‘what to do, what not to do and when to do it,’” Diego told the Inquirer. “I’ve grown not only as a driver, but as a person, too.”

By the end of the tough taping sessions, he also discovered that he had what it took to be a fairly decent driver.

“I’ve become more patient. I’ve realized that, on the racetrack, you need patience. That’s the one lesson I also get to apply in real life,” he conceded.

He considered actor Hans Isaac of Malaysia as the toughest rival on the track.
“He is an F3 driver,” Diego said of Hans. “I had just joined the racing world. He definitely had more experience… With two codrivers, he would race 12 hours straight.”

Diego regarded Hans as his big brother on the show. “He gave me tips all the time. He told me not to let my emotions get the best of me. Not to get sucked in. To take it easy, breathe and think things through all the time. Pretty much … be more mature and patient.”

He described comedienne Munah Bagharib of Singapore as the wackiest among the contestants.
“Munah was super fun. I loved hanging out with her. If we had time at night, we would go to nearby restaurants and eat together. It came to a point where Xian [Lim] started teasing us,” Diego said. 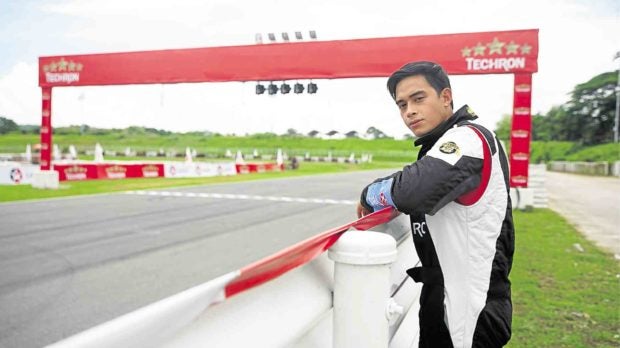 From the onset, Diego had been very vocal that he didn’t care about winning, for as long as he would beat Xian in the final tally.

Xian might look easy-going, but he was extremely lucky in the different challenges, Diego remarked.

He and his fellow contestants would often rib Xian for suffering onerous vertigo attacks.
“His driving was nyay! But he is a good guy. Overall, he is also like a kuya to me,” Diego exclaimed.

He has always admired car collector Raymond Ronquillo as his idol. “I grew up with his children. He’s pretty much like the Iron Man of the Philippines. Check out his Instagram account. His car collection is insane!”

Quite expectedly, his mom, actress Teresa Loyzaga, was initially ambivalent about Diego’s passion for racing.

“She was like: ‘No! No! No!’ Eventually, she agreed, after reading the contract for the show and seeing how protected we were by insurance coverage. The paperwork was this thick! Grabe!”

He remarked that his mom only allowed him to do “Celebrity Car Wars,” because of his previous stint in the Vios Cup, which he topped—besting celebs like Troy Montero and Fabio Ide. “Mama kinda softened up to the idea of me racing.”

Although he would very much prefer to be a professional race-car driver someday, show biz remains his day job. He has a new movie, “Petmalu” (opening on Sept. 5), and a TV show in the works.

“I look at ‘Celebrity Car Wars’ as my stepping stone because I’ve always dreamt of being a racer,” he asserted. “I think the show’s producers saw my potential because of the Vios Cup.”