The West End production of “Hamilton” was graced by royalty—particularly, the star of Netflix’s “The Crown,” Claire Foy. 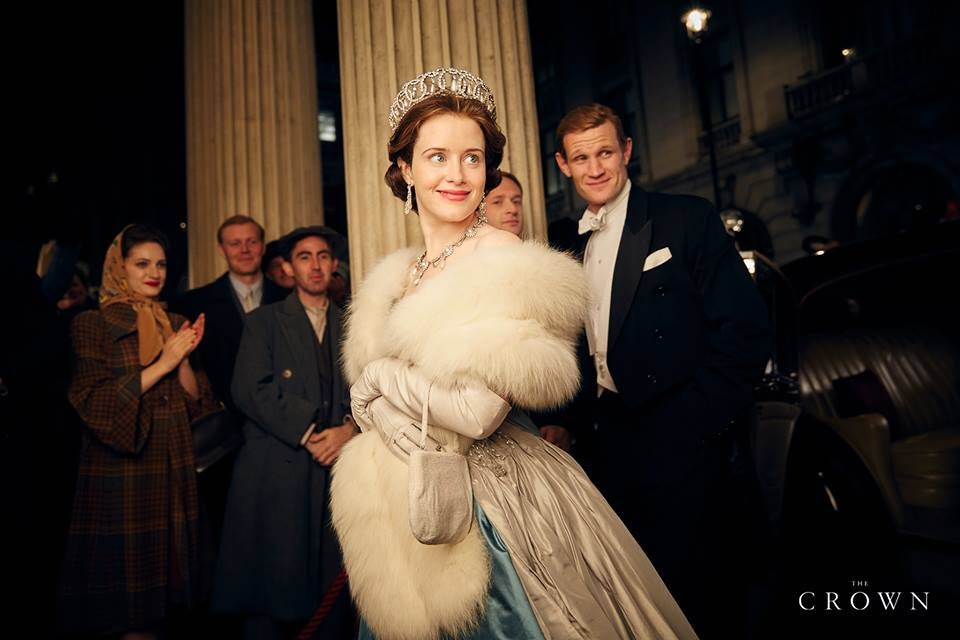 Filipino “Hamilton” cast members Rachelle Ann Go and Christine Allado were in awe upon meeting the British actress who plays Queen Elizabeth II in the hit series up until its second season.

As in previous encounters with international actors, Go couldn’t suppress the fangirl inside her. “I cannot believe I met and hugged Claire Foy! I am obsessed with her in ‘The Crown!’”

“I told her she inspires me and just basically freaked out the whole time,” said the 31-year-old theater actress, who felt her behavior was “embarrassing.”

Meanwhile, Allado had a more candid photo with Foy as they posed with their arms outstretched. Also a fan of “The Crown,” Allado said Foy was “so joyful and wonderful backstage” — quite the opposite of her stoic self as the Queen.

The 36-year-old Brit, who is in the running for an Emmy award, is the latest in a string of famous visitors to “Hamilton” in West End. Stars like Keira Knightley, Emma Stone, Benedict Cumberbatch and Tina Turner are some who visited the cast backstage to personally meet them after a show.

The historical musical swept the Olivier Awards, the most prestigious honor in British theater, with seven awards out of a record-breaking 13 nominations.  /ra