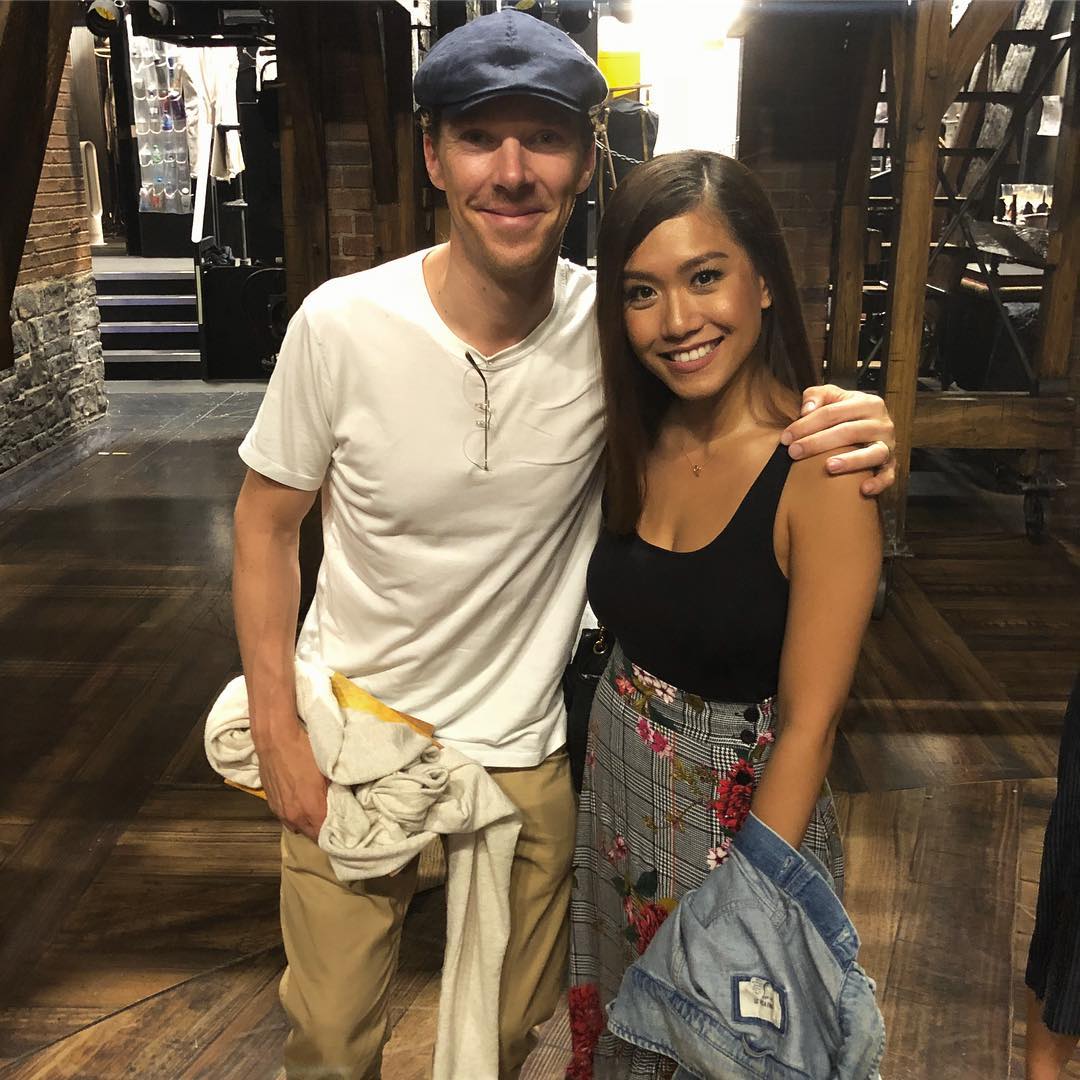 Go, who currently plays Eliza Schuyler on the West End stage production “Hamilton,” had a beaming smile in the snapshot she shared with Cumberbatch. She uploaded the photo on Instagram, July 5, with the caption, “What an honor to have met Benedict Cumberbatch last night. He is soooooooo humble.” 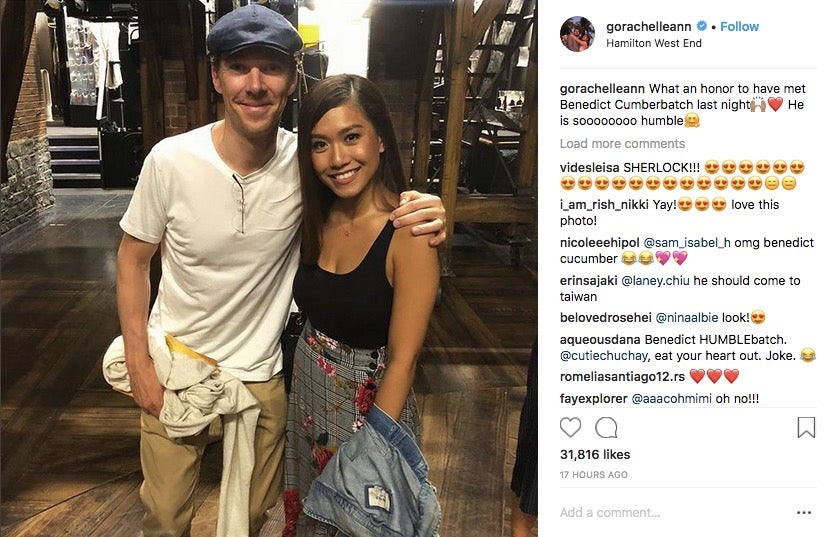 Back in December 2017, Go also met actresses Keira Knightley, whom she referred to as her girlcrush, and Emma Stone, whom she adored. 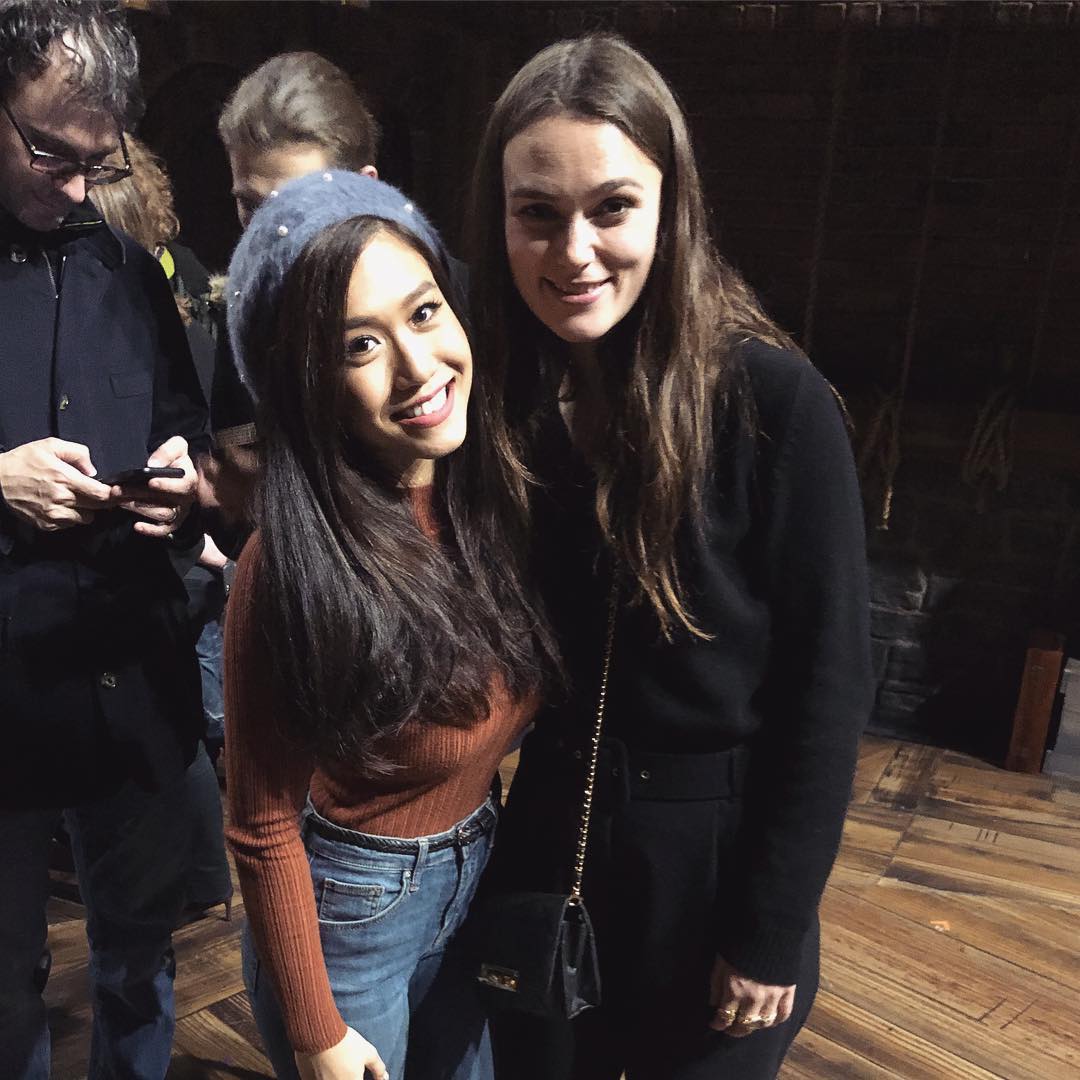 The singer got to meet Stone on Dec. 14 while Knightly capped off Go’s year when they met on Dec. 31. 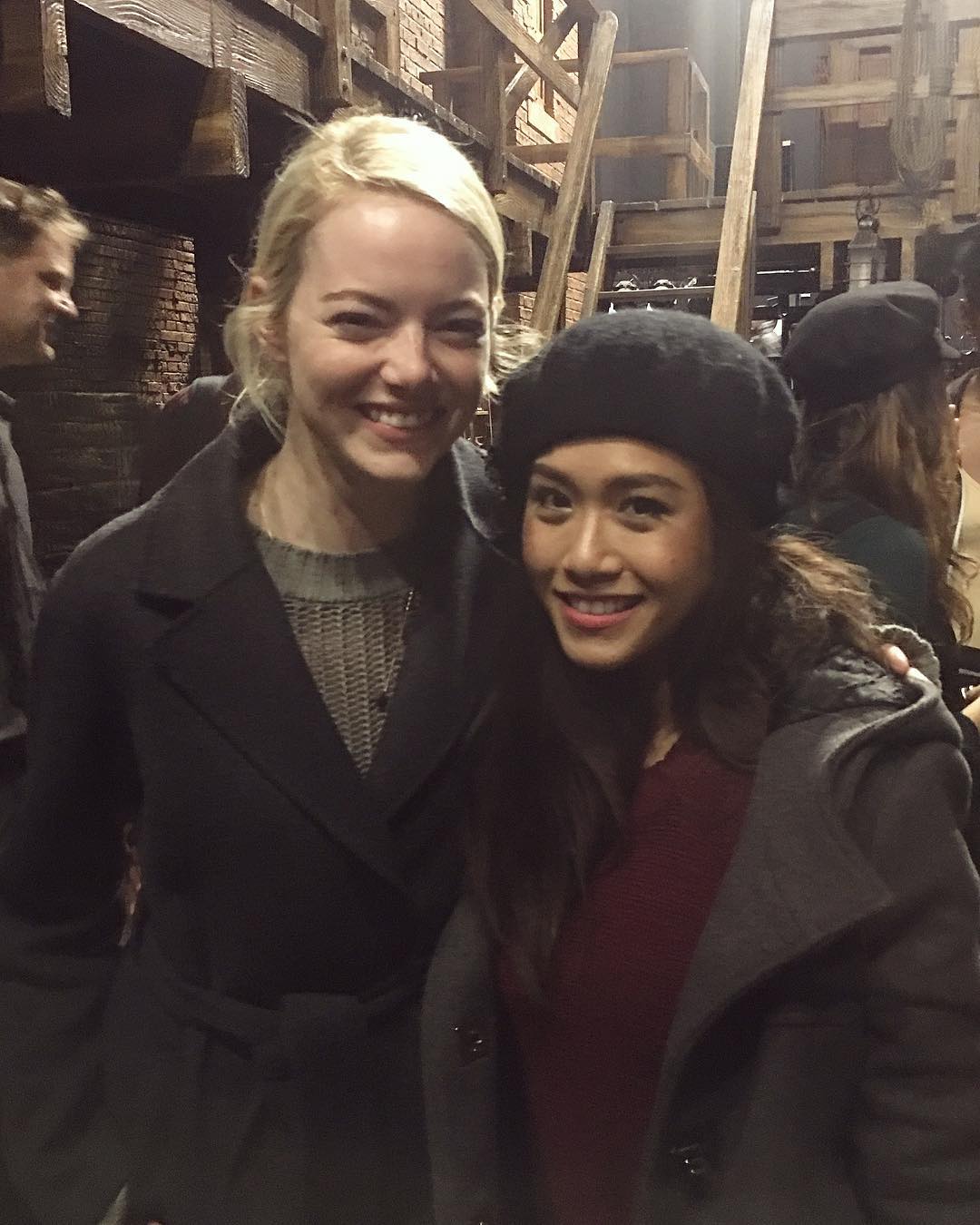 “Hamilton” debuted at the Victoria Palace Theater in London on Dec. 6, 2017. Go would later perform with the rest of the Hamilton cast during the Olivier Awards at the Royal Albert Hall on April 8, 2018. The cast and crew of “Hamilton” were then recognized with seven Olivier awards including “Best New Musical.”

Go debuted as a theater actor in 2011 when she played as Ariel in “The Little Mermaid,” where she won a “Best Actress” award from the Broadway World Philippine Awards. In 2012, she performed for the London West End revival of “Miss Saigon” as Gigi Van Tranh and won the “Best Supporting Actress in a Musical” award. She then went back to Disney to play as Jane Porter for the 2013 Tarzan stage production.

In the following years, Go would take home four more awards. She won the “Best Performance in a Long-Running West End show (Female)” from the BroadwayWorld UK/West End Awards in 2015 for her role as Fantine in “Les Misérables.” Her Fantine performance would once again be recognized in 2016 as she bagged the “Best Performance Of A Song 2016” for her rendition of “I Dreamed a Dream.”

Last year saw Go recognized once again for playing Gigi Van Tranh in “Miss Saigon” with the “Best Featured Actress in a Musical” from the Theater Fans’ Choice Awards.

The latest addition to Go’s collection comes from the Take 5 Entertainment Theatre Awards with her being recognized with the “Best Supporting Performance in a Musical for Hamilton” award for playing Elizabeth Schuyler Hamilton, wife of Alexander Hamilton.  /ra