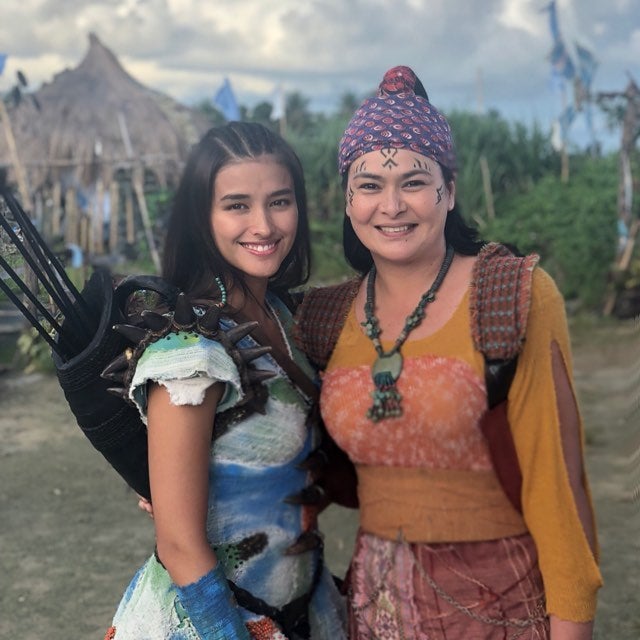 Aiko Melendez complimented Liza Soberano on her character and beauty after working with her in an episode of the fantasy television series “Bagani.”

Melendez shared her thoughts on Instagram on top of a snapshot with Soberano while both wore their “Bagani” costumes. “2nd time to work with @lizasoberano I played her mom in #everydayIloveyou Nice to be working with her again :),” wrote the veteran actress in the caption. 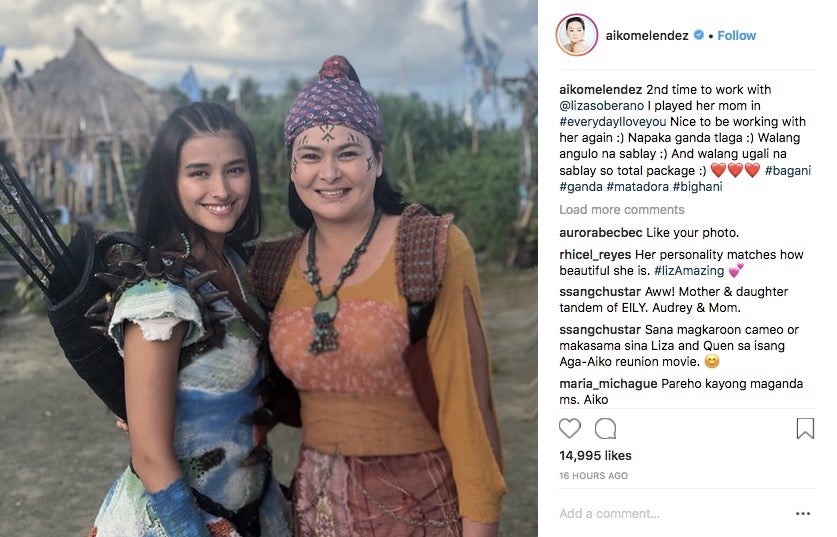 Melendez joined the cast of “Bagani” in early April to play the character of headstrong pirate Matadora. She had received another offer to do a series in GMA 7 but chose to do “Bagani” instead.

The actress previously worked with Soberano in the 2015 romantic-drama “Everyday, I Love You.” She played as the mother of Soberano’s character, Aubrey.  /ra