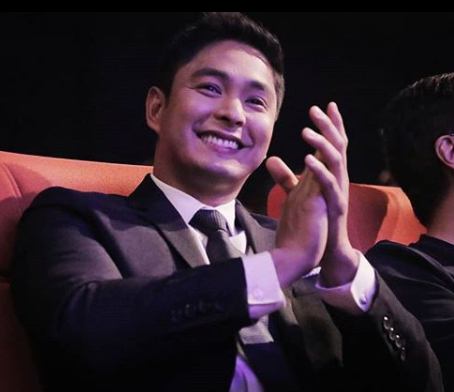 Contrary to gossips saying long-running action series “FPJ’s Ang Probinsyano” (FPJAP) is about to end and will be replaced by Judy Ann Santos’ upcoming series “Starla,” ABS-CBN sets it straight that such rumors are not true and that FPJAP will still be extended.

In a message sent to the media by ABS-CBN’s Head of Corporate Communication Kane Errol Choa, he belied such rumors and further revealed that the production is on a roll with for more creative inputs and that the hit series still enjoys sky-high ratings.

“There is no truth to the rumor that FPJ’s Ang Probinsyano is scheduled to end soon. Coco Martin and the show’s writers are enjoying the process of coming up with creative ideas to make the story more compelling, as well as collaborating with the cast and the production team,” he said.

“FPJAP continues to enjoy high viewership every night, and our Kapamilyas can expect new twists and characters as it goes into its third year,” he added. 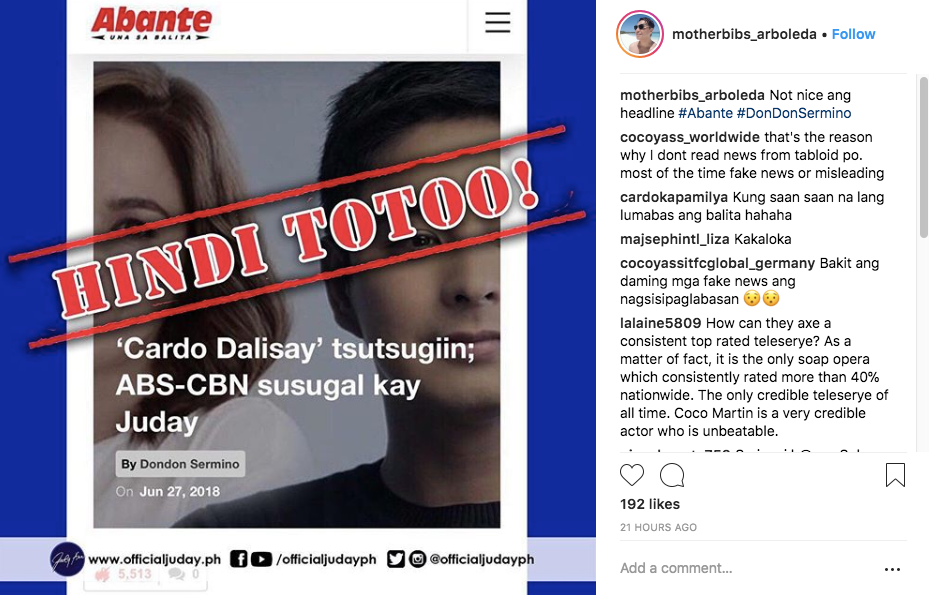 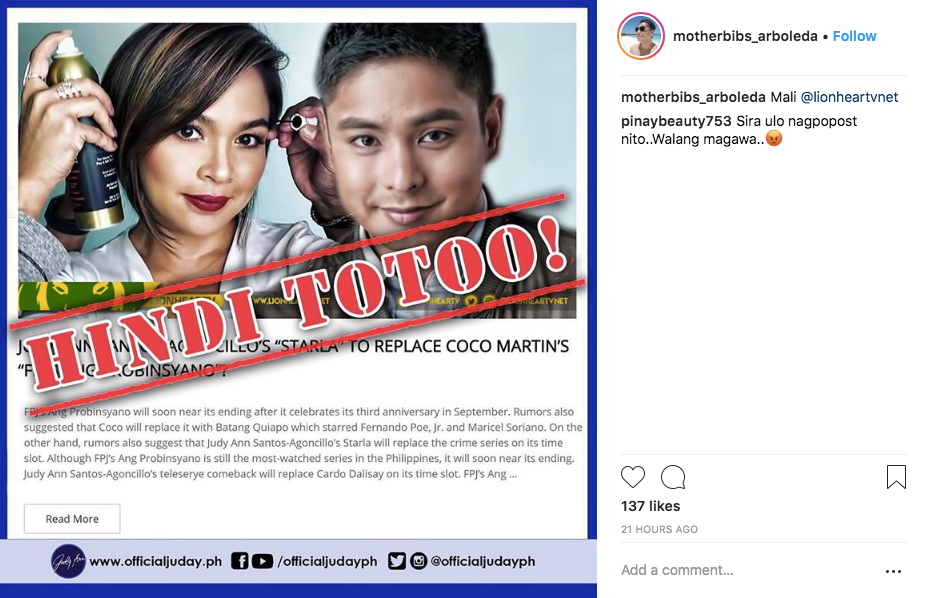