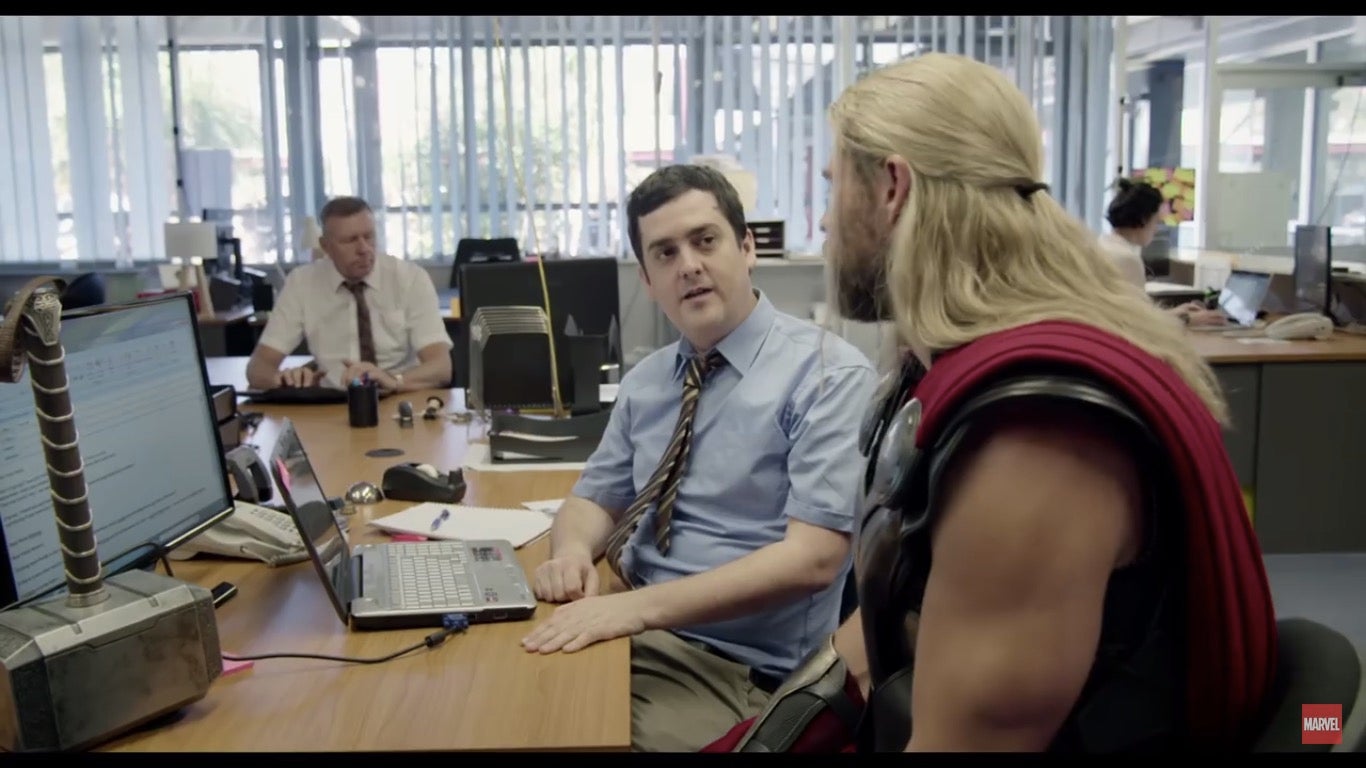 Thor’s old roommate Darryl survived the events of “Avengers: Infinity War” and even took the time to play him a birthday song.

With half of the world’s population essentially “evaporated” through the doing of Thanos (Josh Brolin), an event referred to as “The Snap,” Darryl has had to deal with both the blessing and curse of being spared. While thankful to be alive, Darryl needed to pull extra shifts and even started working on Sundays to make up for all the people that disappeared.

Nonetheless, sweet old Darryl took the time to greet Thor (Chris Hemsworth) a “happy birthday” in an Aug. 13 tweet. He even played a melody on an electronic device. Darryl also apologized for the late greeting since he’s been so busy at work. Chris Hemsworth’s birthday happened to be on Aug. 11.

Played by writer and producer Daley Pearson (“#7DaysLater,” “Doodles”), Darryl Jacobson was a regular office worker who happened to spend time with the god of thunder Thor as roommate. This supposedly happened during the events of “Avengers: Civil War.” Their time together was also used as a comical explanation for Thor’s absence in the movie.

After Thor left, presumably for Asgard in “Thor: Ragnarok,” Darryl moved from Australia to Los Angeles, USA, due to the nature of his work. There he got a new roommate in the person of Grandmaster (Jeff Goldblum) from “Thor: Ragnarok.” Coincidentally, Grandmaster had been left with no empire to rule over by the end of “Ragnarok.” A clip similar to the “Team Thor” specials, titled “Team Darryl,” was included in the Blu-ray release of “Ragnarok.”  /ra

WATCH: Thor attempts to use his ‘celebrity’ status to pay rent