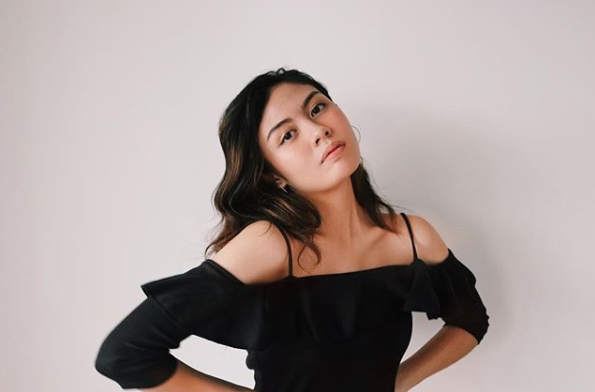 At 17, Frankie Pangilinan scored her first chance to perform solo in a concert, particularly as the front act to British band Workshy during their Aug. 10 show in Manila.

Cuneta happened to be the one who introduced her daughter to the 1980s pop band, known for songs like “Love Is the Place to Be” and “Never the Same Again”.

Pangilinan is no stranger to the stage, thanks to mom Sharon Cuneta’s concerts. Nonetheless, this opportunity is a milestone for her, and mom Sharon couldn’t help show off her second child’s impressive performance — and her kind deed afterward.

The Megastar revealed that her teen daughter sang “Valerie” by Amy Winehouse, “Disconnected” by 5 Seconds of Summer and an original song “Starlight”. In a video posted by Cuneta, Pangilinan shared her bare vocals, accompanied only by a guitar.

Kakie was great tonight! Did a cover of Amy Winehouse’s “Valerie” and a cover of 5SOS’ “Disconnected,” then her own composition called “Starlight” (no not MY song Starlight but a totally different and original version!). Kala mo naka 20 performances na ang anak ko! Galiiiing!!! Am so proud!!! Congrats, KAKIE!!! OMG, two babies down (bitten by the showbiz bug!)! Following in Ate Tina’s footsteps!!! @frankiepangilinan @itskcconcepcion

“Two babies down (bitten by the showbiz bug!),” Cuneta gushed, adding that Pangilinan was taking after older sister KC Concepcion.

After the show, Cuneta said Pangilinan wanted to give her talent fee to Cuneta and dad Senator Francis “Kiko” Pangilinan, after giving a tithe to their church and buying her dad a birthday present.

“But like I said, just give us 500 pesos each and after tithing and getting Dad his gift, just enjoy the rest of it and spoil yourself,” she advised her “Kakie”.

Touched by her gesture, Cuneta wrote, “May God bless you much, much more for your love and for honoring your parents! I am truly proud of you but most of all, the beauty and goodness of your heart!” JB

Sharon Cuneta emotional about daughter Frankie growing up: ‘Don’t be in too much of a hurry!’