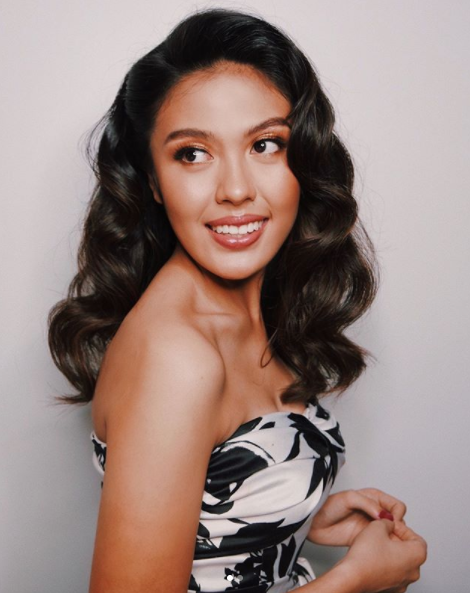 Frankie Pangilinan seems to take after her parents in standing up for what she believes in. The daughter of Sharon Cuneta and Sen. Francis “Kiko” Pangilinan took to Twitter to express her views on standards of beauty.

Rather than addressing any single social media post or event, Pangilinan may have been referring to the self-defeating way Filipinos view beauty.

Western features have been considered as the ideal standard of beauty. As in other Asian countries, white skin, round eyes, a thin nose and full lips are considered superior. Being tall and thin is the ideal physique, as seen in many actresses and models. Incidentally, these run counter to features that Asians, including Filipinos, are born with.

Being bombarded with such messages of “beauty” in the media can lead to body image issues even at an early age. The proliferation of skin whitening products is a testament to that perception.

Unfortunately, the targets of such standards are usually women. If they fail to reach these standards, there are consequences, such as receiving hateful comments on social media.

Pangilinan’s own mother is a victim of body shaming: detractors have poked fun at the Megastar’s weight gain, to the point that she apologized to fans in 2014 for getting fat due to a “mid-life crisis.”

READ: Sharon Cuneta admits going through one of the lowest times of her life, career

Older sister KC Concepcion has also opened up on the struggle to lose weight despite being out of the showbiz spotlight.

Other celebrity kids have also had enough with the body shaming: Gretchen Barretto’s daughter Dominique Cojuangco called out critics who have told her to go on a diet.

“None of us should tolerate body shaming or shaming of any sort! Let’s not deem this as ‘normal’—there’s space for change. I hope that today and everyday we can be the type of people that lift each other’s spirit,” she wrote in an Instagram post.

Miss International Philippines 2017 Mariel de Leon, daughter of Christopher de Leon and Sandy Andolong, has advocated self-love amidst cruel comments such as “balyena (whale)” and “baboy (pig)” hurled at her.

READ: Mariel de Leon sees the beauty (and bravery!) in being ‘confidently curvy’

With the next generation making their place in the world, it is indeed time that the Philippines accepts beauty in different forms. JB

How Women Are Reacting to this Essay on Body Shaming