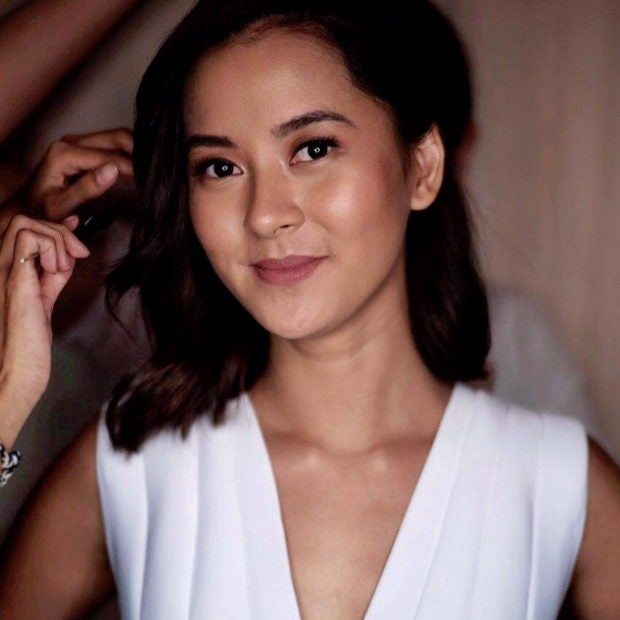 The beautiful and proudly morena Bianca Gonzalez wishes for more women to show their skin some love, and took to Twitter to share her sentiments.

“I know the whitening biz is profitable and provides work for thousands, but I can’t help but feel sad when a morena chooses to endorse one,” she said in the first of a series of tweets.

The host and model acknowledged that endorsements were mainly for business, but she wishes more people would “celebrate the natural skin tone you’re born in, fair or dark.”

She also clarified that she didn’t mean to “put down anyone” who wanted to lighten their skin tone and simply wanted to express her opinion. 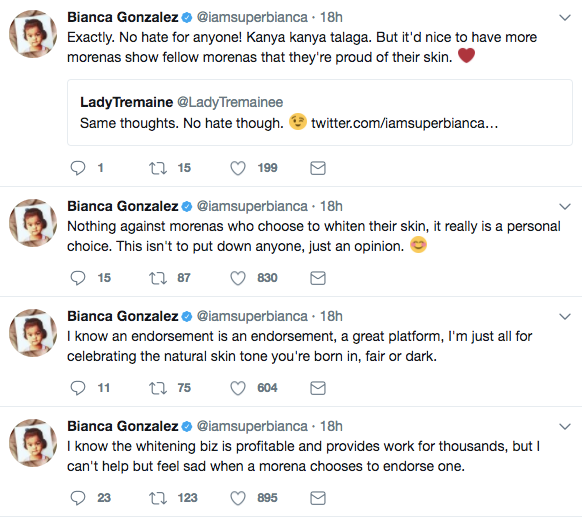 The tweets received mixed reactions, with some agreeing that one’s natural skin color should be celebrated.

Others speculated on a celebrity who is said to be morena in person but endorses whitening products. In the country, celebrities tend to have lighter complexions than the average Filipino, which may also contribute to the notion that whiter is better.

The preference for a lighter skin tone is not exclusive to the Philippines. Like other countries in Asia such as China, Malaysia and South Korea, having Caucasian features such as white skin and double eyelids are considered marks of beauty, wealth and power.

And while individual preferences can be respected, there is still something to be said about why darker skin is less preferred both onscreen and in society, when majority of Filipinos are born with naturally dark skin that are naturally suited for the harsh sunlight and heat in a tropical country. JB

LOOK: Black model flaunts beautiful skin despite being told to bleach it
How Nikki Gil keeps her ‘morena’ skin glowing