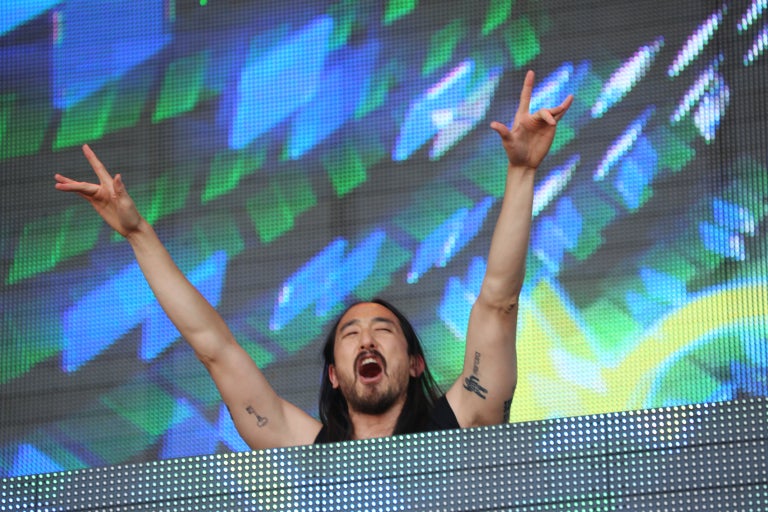 DJ Steve Aoki revealed in a recent interview that he has a collaboration with Blink-182 on the way and that he has also enlisted Nicki Minaj to join forces on a new track.

In an interview with Anna Lunoe of Beats 1, the American musician, DJ and producer, who was just named the fourth-highest-earning DJ in the world by Forbes, discusses his album “Neon Future III” which is out next month.

After mentioning Blink-182 as one of his recent “out-of-the-box” collaborations, Aoki discusses getting in touch with Nicki Minaj via Twitter and sending her a track, to which she responded, “I love this.”

who else is eating at @steveaoki's new pizza joint this weekend 🍕🍕🍕? hear more on my interview w/ him from Tomorrowland only on @Beats1 11pm pst/ 2am est https://t.co/NvbmsVV021 pic.twitter.com/lvYGNyQISx

Aoki, who has collaborated in the past with Snoop Dogg, Linkin Park and Fall Out Boy, is also known to have a collaboration with Colombian singer Maluma in the works.

“Neon Future III” is expected to be out in September. JB