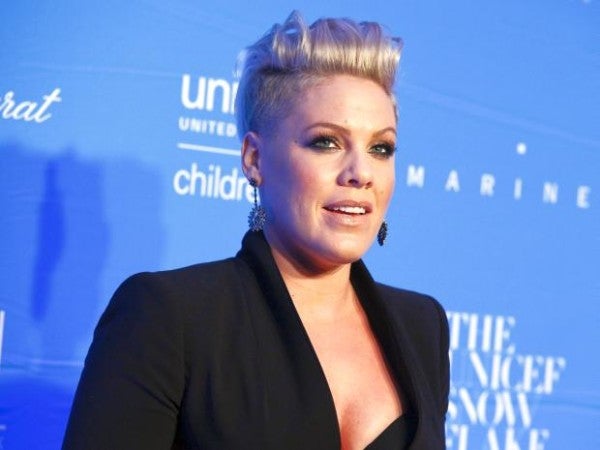 SYDNEY — Pop superstar Pink remained in a hospital on Tuesday with a stomach virus, forcing her to postpone a third Sydney show, her promoter said.

The singer’s “Beautiful Trauma” world tour’s first concert in Sydney was scheduled for last Friday, but she canceled that show on doctor’s orders.

The 38-year-old battled through a Saturday night show.

Promoter Live Nation tweeted that Pink was admitted to a hospital on Sunday suffering from dehydration and was discharged. But she was readmitted and diagnosed with a gastric virus hours before her Monday concert.

Live Nation said that Tuesday night’s show would not go ahead based on medical advice.

“Pink remained in hospital overnight, continuing her treatment and recovery. She will be reassessed by her doctors today,” Live Nation said in a statement.

The three canceled shows are expected to be rescheduled.

Pink’s Australian tour is scheduled from July 4 to August 26.

Pink last toured Australia in 2013 when she performed 46 shows as part of her “Truth About Love” world tour.   /kga