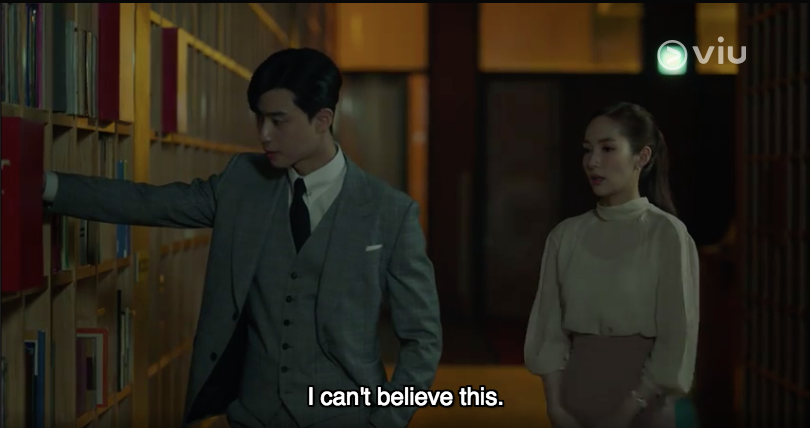 On Friday, a day after the TV drama aired its last episode, a local Korean media outlet reported the actors have been dating for three years.

Social media also buzzed with online commenters digging up traces of their relationship, such as alleged couple items and overlapping travel photos. Both of their agencies, however, denied the so-called relationship of the two.

Finally, half of the alleged couple spoke about the issue during a media interview for the TV series in Seoul on Tuesday.

“I knew that the dating rumors would keep going until this week, and I think I can handle it. I wish this interview could have more focus on the TV drama itself. I feel sorry for our show receiving a lot of attention after it ended, as Park and I have really put a lot of effort into it,” said Park Seo-joon according to reports of K-Pop Herald.

He also nixed the rumor that Park Min-young became the drama’s lead actress because of his strong recommendation. Emphasizing that he isn’t a person with such strong clout, Park said, “I’ve been aware of our dating rumors, but I think that rumor about me recommending Park as a lead actress is groundless.”

“The drama hasn’t been made with my money, and the director does the casting. It took a long time to cast a lead actress,” he explained. “I don’t take the rumor negatively because I think it emerged due to the chemistry between me and Park Min-young, because the drama was well made.”

Asked if there’s any possibility for the onscreen couple to develop into a real life one, Park answered that it had been inevitable for him to grow positive feelings for the lead actress as he had to portray the emotions of love.

He said in the report, “I can’t say anything sure about the possibility. Nothing in life is certain, so maybe we should wait for a while to know the answer.” JB