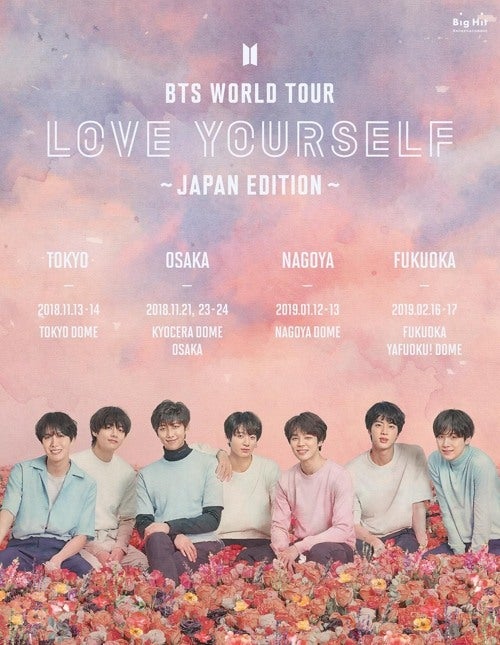 Another milestone will be added to K-pop phenomenon BTS’ list as they are set to hold their first Japanese dome tour, a part of their “Love Yourself” world tour.

Their first Japanese dome concert was on October of 2017 during their “2017 BTS Live Trilogy Episode III: The Wings Tour” at the Kyocera Dome.

BTS’ world tour will kick off their “Love Yourself” world tour series with two sold-out shows on Aug. 25 to 26 at the Olympic Stadium in Seoul, South Korea. They will then be traveling to 10 cities around the world, including cities in the United States and in Europe, with more dates and countries to be added soon.

The seven-member boy group will also be releasing “Love Yourself: Answer”, a repackaged album in their “Love Yourself” series, on Aug. 24. JB

Watch BTS on Viu! Just text VIU ON 99 to 2948 for Globe and TM subscribers. Upgrade now to Viu Premium to experience unlimited download offline, eight hours after the Korean telecast and HD viewing!

Remix of BTS, Steve Aoki track to be released