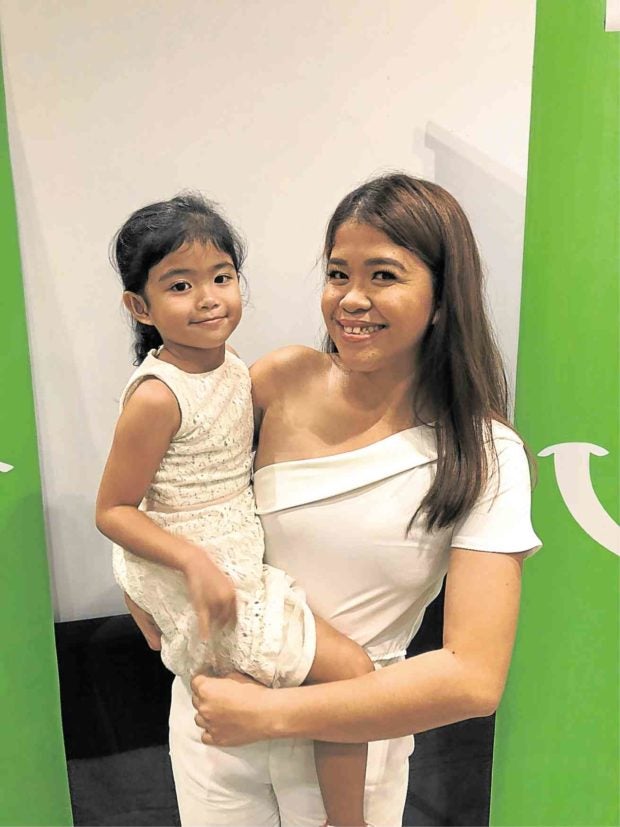 Comedienne-TV host Melai Cantiveros has a unique way of disciplining her two daughters: she uses color codes to warn them when they misbehave.

Melai is married to actor Jason Francisco and is a proud mom to Amelia, 4, and Stella, 1.

“I use colored hangers. I raise the pink hanger as a warning sign. If Mela (Amelia) sees me with the black one, that means I’m really, really mad at her,” the comedienne said. “I don’t really hit Mela—I just tap her. Panakot lang whenever she doesn’t listen and becomes too naughty. It works for her. Mela has grown up to be very disciplined.”

Whenever she’d use the black hanger on her child, Melai said she would also make sure to explain why she did so. “I tell Mela what she has done. Sometimes, I make her tell me why she thought she deserved spanking, just to know if she really understood,” Melai told reporters who attended the recent Grow Happy Nation event organized by NestoKid Four, a milk brand that she endorses.

Asked to describe herself as a mom, the 30-year-old said, “I’m not perfect, but I try my best to be a good one. I always seek advice from my own mother. I would often ask her opinion on whether I’m already too strict or too chill with my girls.”

The comedienne said she liked her mom’s openness and honesty to her, so she tried to show the same traits when handling her kids. “I don’t sugarcoat things for my girls. I tell them how things really are. This way, they become more accepting of life and become capable of handling difficult situations more maturely. I want them to grow up emotionally strong because their Papang (Jason) and I will not be with them forever. At least, I feel secure that they will be all right in the future.”

Melai, the third of four siblings, is the only girl. This is why she said she felt “challenged” to be taking care of two daughters. “I feel blessed to have these girls, but since I grew up with brothers, I am more confident of handling young boys. Being a mom to girls is extra challenging,” she pointed out.

While Melai said she hoped to have three more kids, she didn’t want Baby No. 3 to arrive any time soon. “I want more time to take care of Stella first. If she’s old enough and is already independent, then Jason and I can make the third one,” she explained, adding that she would always aspire for work-life balance. “I refuse to feel too pressured by motherhood. I make sure I have ‘me’ time. I know that I also need to take care of myself so I can be at my best when I’m with my kids.”

Melai, one of three hosts of the variety show “Magandang Buhay,” said she often worked longer hours than Jason, who is currently a talent of GMA 7. “I’m proud of my husband. I’m thankful that he is very supportive. I don’t have to worry about the kids when he is at home. We stopped hiring a nanny when Mela became old enough,” Melai said. “If he senses that I’m too tired because I worked all day, he would step up to take care of the girls. I don’t have to ask this from him.”