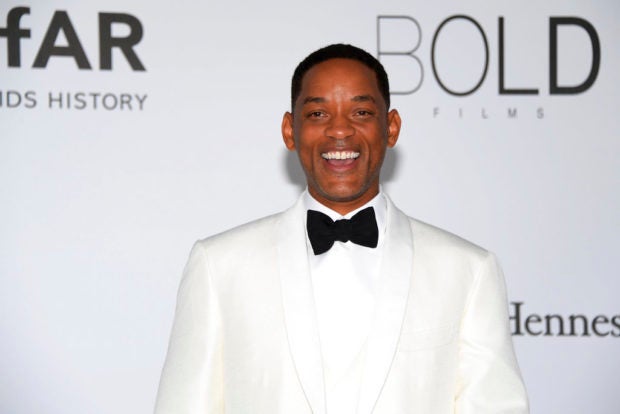 In this May 25, 2017 file photo, actor Will Smith poses for photographers upon arrival at the amfAR charity gala during the Cannes 70th international film festival, in Cap d’Antibes, southern France. Smith, Jordan Peele, Kirsten Dunst and Robert Downey Jr. are part of YouTube Original’s new series line-up. YouTube said Friday, July 27, 2018, that in “Will Smith: The Jump,” the star will bungee jump from a helicopter over the Grand Canyon. Image: Arthur Mola/Invision/AP, File

YouTube said Friday that in “Will Smith: The Jump,” the star will bungee jump from a helicopter over the Grand Canyon.

The live broadcast will take place on Sept. 25, Smith’s 50th birthday. Smith’s bravado is in response to a challenge from the Yes Theory channel on YouTube.

“Get Out” filmmaker Peele is the co-creator (with “Key & Peele” writer Charlie Sanders) of “Weird City,” described by YouTube as a comedic sci-fi anthology series with six episodes.

Dunst stars in “On Becoming a God in Central Florida,” a dark comedy about a minimum-wage worker who schemes her way into a company that ruined her family. The 10-episode series, produced by Dunst, is set in the early 1990s.

Downey will host and narrate a series that explores the world of artificial intelligence through the perspectives of researchers and experts. The still-untitled series will look at the impact of A.I. and how it’s changing people’s lives and the change yet to come.

The 2019 debut dates for it and the other new series were not provided.

This fall, YouTube Originals will debut “Origin,” a sci-fi thriller about people struggling for survival on an abandoned spacecraft. The cast includes Natalia Tena (“Game of Thrones”), Tom Felton (of the “Harry Potter” film franchise) and Sen Mitsuji. MKH