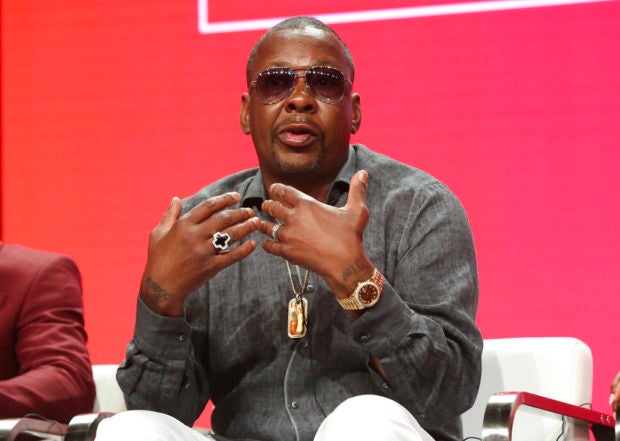 BEVERLY HILLS, California — Bobby Brown says he made some bad choices in his life but denied that his marriage to Whitney Houston ever turned violent, a reversal of a past admission.

But in a 2016 interview with ABC’s Robin Roberts, Brown said he once hit Houston. He also told Roberts he is not “a violent man” and that descriptions of him as a “woman beater” are lies.

Brown appeared Friday at a Television Critics Association annual meeting at the Beverly Hilton Hotel, where Houston drowned in a bathtub in 2012. Coroner’s officials ruled the death accidental and said heart disease and cocaine were contributing factors.

“The spirit of my ex-wife is probably still here,” Brown said. “It just feels good to be here and to promote this movie, and to be able to smile and be here with my wife and my kids. We just came from Hawaii and it’s been a beautiful time. Being here is just another notch.”

Brown, who has been married since 2012 to Alicia Etheredge-Brown, said he still deals with the deaths of Houston and their daughter Bobbi Kristina Brown “every day,” and that he doubted he would ever get over it. He credited the grace of God and his wife and children.

During a Q&A, the New Edition founding member was asked about his relationship with Houston in light of his plan to build an Atlanta domestic violence shelter to honor Bobbi Kristina, who died at age 22 in 2015. She, like Houston, was found in a bathtub.

When Brown was asked about news reports and court records involving a 911 domestic violence call Houston made in 2003, he replied, “The public record is wrong.”

Atlanta-area police said at the time that Brown allegedly hit his then-wife, leaving her with a bruised cheek and cut inside her lip.

Brown was asked what advice he would give the younger version of himself.

“I don’t know that I’d give myself advice, because everything I’ve been through in my life, it’s made me the man I am,” he replied. “I don’t have regrets. I have bad feelings about some of the choices I’ve made.”

The biggest misconception about him, he said, is “that I’m a bad guy.”

“I think the bad boy image came from me being on stage, not from me being a human being. If you see me in person, meet in person somewhere, you won’t call me a bad guy. You’d call me Bobby.”

“The Bobby Brown Story,” starring Woody McClain as Brown and Gabrielle Dennis as Houston, airs Sept. 4 and 5 in the U.S. MKH