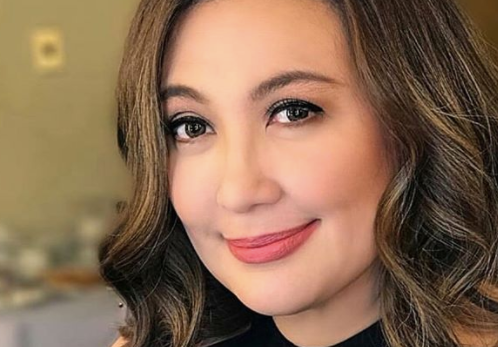 It’s apparent that Megastar Sharon Cuneta’s star status just couldn’t get any more palpable. Cuneta recently took to her Instagram to share to her fans that she had been presented the “HISTORY Maker Award” this 2018 by HISTORY, the leading international factual entertainment brand of A+E Networks Asia.

A+E Networks Asia is owned by the award-winning, global media company A+E Networks, whose brands include television channels such as HISTORY (formerly The History Channel), FYI, and Lifetime.

“What an honor. Thank You, Jesus, for another wonderful surprise!” Cuneta wrote on her Instagram last July 21. “I am overwhelmed. My heart!”

Cuneta shared the letter of A+E Networks to her, which bore that the History Maker Award is given only to a special few whose talent and sacrifices have had an impact on the nation’s life and culture. Past winners include esteemed independent film director Brillante Mendoza, composer Ryan Cayabyab, Olympic silver medalist Hidilyn Diaz and Miss Universe 2015 Pia Wurtzbach to name a few.

“We are deeply compelled by your distinguished credentials and wish to recognize your outstanding achievements with the HISTORY Maker Award alongside other Filipino luminaries from across different fields of expertise,” the letter stated.

No doubt Cuneta has immortalized herself in Philippine showbiz, with no less than 50 movies under her belt and an armful of prestigious awards from the likes of The Filipino Academy of Movie Arts and Sciences (FAMAS) Awards, Gawad Urian Awards, and the Metro Manila Film Festival Awards, among others.

The awarding ceremony will be held at the World Trade Center Manila on August 11, and will be one of the highlights of HISTORY Con 2018. The world-class convention marks this year as their third, with its first two being an overwhelming success as attendees ballooned from 50,000 in 2016 to around 68,000 last 2017. One can only imagine the hoards of people who’d be flocking once again for this year’s convention.

Meanwhile, Cuneta’s HISTORY Maker Award is in itself just another mark to attest to her being a timeless icon — an icon who is truly most-deserving of the title “Megastar”.

Sharon tells netizens there’s no issue between her and Kris: ‘There is no problem, let’s not make one’

All 21 on board scramble to safety after Texas plane crash