Donnalyn Bartolome speaks up against Viva on ‘Jacqueline Comes Home’ 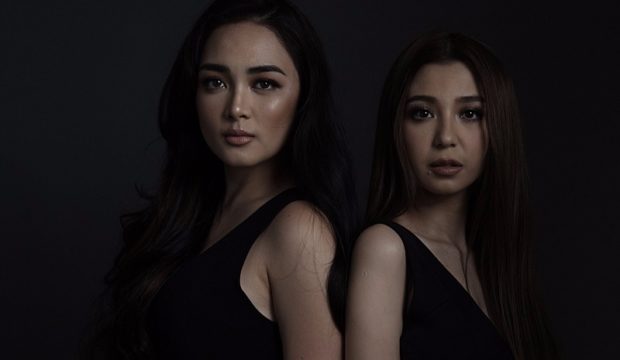 Donnalyn Bartolome finally speaks up against Viva Artists Agency for leading her to believe there was a surprise ending to “Jacqueline Comes Home (The Chiong Story).”

After being accused of not conducting research prior to accepting the role of Marijoy Chiong for the controversial movie, Bartolome expressed her disappointment over the backlash she has received in a Facebook post on Friday, July 20. The actress also shared screengrabs of comments of a now-deleted video, Viva TV YouTube account’s “Anong ganap?” episode featuring Bartolome discussing her experience while filming for the movie.

(As an actress, I am not a complainer because who am I [in the grand scheme of things], but Viva Artists Agency, please clarify to these people what the truth is.)

(I thought Mrs. Chiong will finally reveal [in the movie] what really happened to Jacqueline. It makes me cry in anger.)

The actress also expressed her disappointment over Viva’s decision to upload the “Anong ganap?” episode. Bartolome said she is tired of taking all the blame and that posting the video did not help her case. The actress also stated that Viva should’ve taken better care of their artists, particularly because they were not informed of the movie’s ending.

(Now, that “I think [the movie] will reveal what really happened to Jacqueline,” was changed to “I thought” because even us artists were drawn in curiosity by that ending! All of us don’t know anything even if [we] did research… it’s making me cry.)

The actress also shared a screengrab of an email she said was sent by a close relative of one of the seven convicted men in the case of the Chiong sisters, praising her for her portrayal of Marijoy.

This email is everythiiiiiiiingggggggg!!! Email from a close relative of one of the Chiong 7(the men convicted for the…

However, netizens were not convinced that the email indeed came from a relative of the Chiong 7. They believe someone (either Bartolome herself or a friend of hers) must have fabricated the email. 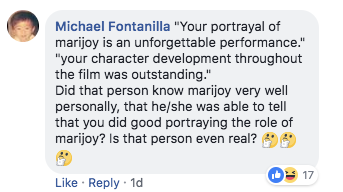 Her co-star, Meg Imperial who plays the role of Jacqueline Chiong, recently defended herself as well against the backlash over the film. Viva Artists Agency has yet to comment or issue an official statement on Bartolome’s post, as of this writing. NVG