Solenn Heussaff opens up about anxiety attack: ‘I had my own struggles with mental health’ 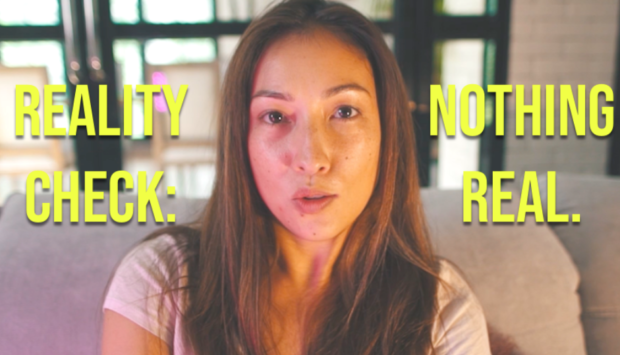 In a brave post made on July 18, Solenn Heussaff shared to her fans a story about her own struggles with mental health.

Heussaff’s Instagram photo showed her lying down on the grass wearing a sultry red dress, looking glamorous and perfect as ever. But, Heussaff wrote, “Edited? YES. Deformed? YES. Retouched? HELL YES. Over saturated? YUP. And the list goes on. REAL? NO.”

Edited? YES. Deformed? YES. Retouched? HELL YES. Over saturated? YUP. And the list goes on. REAL? NO. Shot this video a few weeks ago to post later on, but i feel now is a good time with recent articles, peoples comments and questions. Please take the time to read my article on SOLENN.PH and watch the video that lead to this "We Definitely DONT wake up like this" photo. Link on my bio

It’s easy for people to think that celebrities wake up looking beautiful and perfect on a normal day. Show business, after all, often makes it seem as if celebrities are figures who should be worshiped and idolized when  in fact, they’re just like other people, too.

Heussaff wrote on her blog, Solenn.ph, on July 18 that one cannot live a perfect life. “I think it’s easy to think that ‘celebrities’ (lol I hate calling myself that) have perfect lives because we’re seen like with perfect makeup and perfect hair and perfect clothes a lot, but that isn’t even our real life.”

She spoke of the pitfalls of social media, one of which is having one’s life on display pretty much 24/7.

“It becomes so much easier to compare your life with your friends who are always traveling, who always have the best clothes, who have the cutest boyfriend/girlfriend…,” Heussaff said. “It’s easier to second guess yourself when everyone seems to have a perfect life. It’s easier to fall into anxiety and depression.”

In a confessional, Heussaff admitted that she had her own struggles with mental health back in 2017. “I remember I had weeks with no work, and just not doing anything made me doubt myself. During the days I would have work, some people on set would tell me I was getting bigger. Even though they were saying it jokingly, it still affected me.”

The stress, as well as the high expectations, drove Heussaff to go on a “crazy overdrive.”

“I worked out and dieted to the extreme, tried to get as much work as I could. Because of the stress I was putting on myself, I got an anxiety attack at work. I still remember that during the attack, my face looked like it was melting and I had to go to the hospital.”

She also admitted that she didn’t want to talk to her loved ones about it, as she “didn’t think I had valid reasons to be struggling… I was afraid to be judged and I was afraid they would get so worried. I didn’t want to see a psychologist, because I couldn’t admit that there was something wrong with me.”

The stigma behind mental health is a problem that continues to hold back many from speaking up about their own afflictions. Due to the fear of being judged and shamed, some instead choose to internalize everything and refuse to reach out to others.

Isabelle Daza, a friend of Heussaff, also spoke recently about the stigma surrounding depression and anxiety. She believed that mental illness is not something to be ashamed of, and also talked about the negativity of too much social media.

Echoing Daza’s sentiments, Heussaff encouraged others to reach out and talk to someone if they’re struggling with something, no matter how small it may be.

“Get it off your chest and off your mind. You can talk to a family member, a friend, or if you’re like me, talk to someone who doesn’t know you but who’s trained to help through your struggle,” Heussaff wrote as she provided a list of mental health hotlines in the Philippines.

She also urged her fans to use their words to spread kindness. “You don’t know how someone is going to take your words, whether you’re joking or not, so it’s just always better to use them to be kind and to build each other up.”

Lastly, Heussaff wrote that the culture of “perfection and comparison” should stop.

“There’s nothing wrong with sharing beautiful photos of yourself on social media, but just BE REAL about it…,” Heussaff said. “Life would be so much easier and so much more FUN if we weren’t focused on being perfect all the time.”  /ra