Unlike many celebrity parents—and a number of parents, for that matter—Isabelle Daza was hesitant to show pictures of her baby’s face and share his name on social media.

Months after introducing her newborn in April, she finally bared his sweet smile and shock of hair this morning of July 19 on Instagram.

View this post on Instagram
FEATURED STORIES
ENTERTAINMENT
Dina Bonnevie on Coney Reyes: We have forgiven each other
ENTERTAINMENT
Issa Pressman speaks up after being dragged into James Reid cheating rumors
ENTERTAINMENT
Megan Young, Mikael Daez get married

“A child should not have to earn their parents’ love. He should rest in it”. you can rest in my love Baltie. 💙💙

She wrote in the caption, “‘A child should not have to earn their parents’ love. He should rest in it’. You can rest in my love Baltie.”

Her son’s full name is Balthazar Gabriel Daza Semblat, she revealed on her Instagram Stories. He was named after her late father, businessman Gabriel “Bong” Daza III.

“My dad loved Paris so much he thought he was half-French,” she mused. “Now I have a half-French little boy. Who is 1/4 made of my dad.” 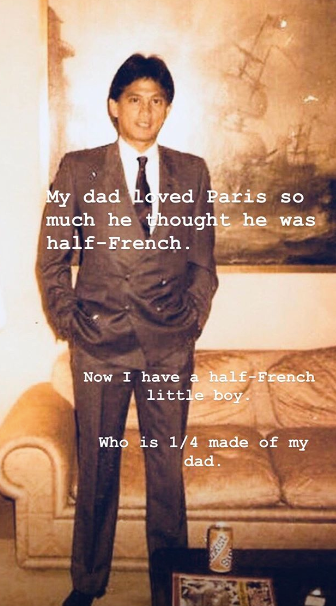 The new mom explained on her Instagram Stories why she took time to maintain some privacy with her son. Pictures of him on her Instagram feed would only partially show his face even if Daza took pride in motherhood and breastfeeding her baby.

In a series of pictures, Daza explained her emotions and reasons behind “sheltering” him from the public.

“So I haven’t shown my son’s face since he was born. Some people ask me when I’m ‘launching’ him. I do feel like I need to offer an explanation,” she began.

“I don’t know why but I felt so [instinctively] protective when he was born. Like I wanted to shelter him from the world. Maybe that’s what it meant to become a mother?” she mused. 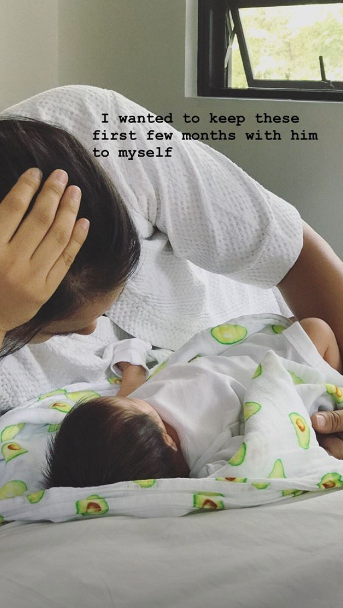 She said she felt conflicted about his privacy, considering she has become a public figure. But ultimately, “I wanted to keep these first few months with him to myself.”

She gave a slew of reasons to why she felt that way, such as fearing he would be judged for how he looked, that the world would “own him,” or that he hadn’t “met” her father. She also considered that she could’ve been overthinking the “perfect time” to introduce her son. 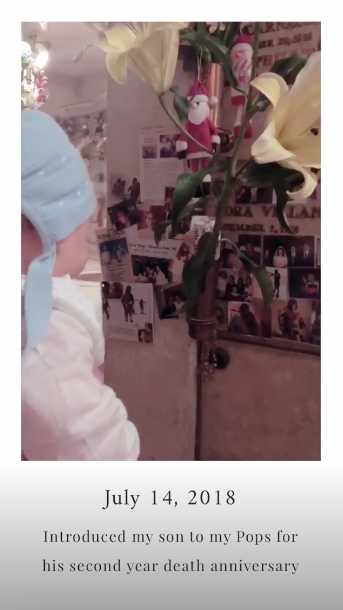 After her sister’s post, Ava Daza shared a picture of her bright-eyed nephew.

My day isn’t complete until I see and kiss and hug and carry and smell and laugh with you my little Baltieboo ❤️❤️❤️ life has been soo good with my little growing family ☀️💕 lol feeling Mom??

“My day isn’t complete until I see and kiss and hug and carry and smell and laugh with you my little Baltieboo,” she gushed.  /ra

Isabelle Daza gets fitness back with intense weight training

Read Next
Solenn Heussaff opens up about anxiety attack: ‘I had my own struggles with mental health’
EDITORS' PICK
Get exciting deals and discounts when you download the new McDonald’s App
Chinese province, cities ban long-distance buses over virus concerns
Turkey hunts for earthquake survivors as death toll hits 31
‘A greener, cleaner tomorrow’: A how-to guide for Filipinos who want to help with today’s energy crisis
Classes in Batangas still suspended despite lower Taal alert status
SM continues to send relief assistance to remote towns in Batangas
MOST READ
Slain maid’s kin reject P59-M blood money
Parts of Aurora Blvd. closed for one week
Hunt on for ‘defecating’ man in Intramuros – Manila City officials
After triumphant ring return, Garcia wants Pacquiao next
Follow @NGunoINQ on Twitter
Don't miss out on the latest news and information.