Julia Barretto: I am often doubted as an actress, I want to be more than my last name | Inquirer Entertainment
Close
menu
search 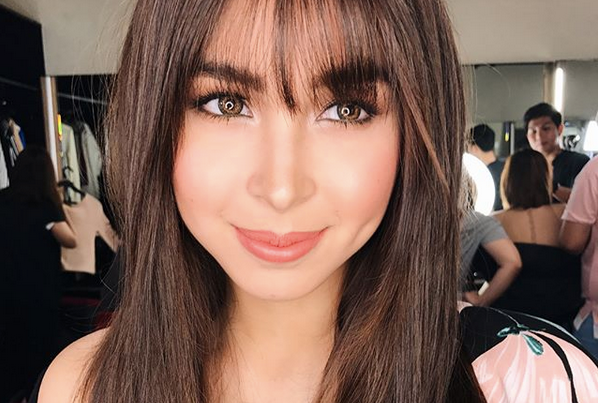 From the get-go, Julia Barretto knew that entering the entertainment industry meant having big shoes to fill. Hailing from the Barretto showbiz clan, Julia not only has her mother, actress Marjorie Barretto, as an example, but also aunts Gretchen and Claudine, who all made a name for themselves in entertainment since the ’80s and early ’90s.

Julia recently took to her Instagram account to share an open letter she wrote about her whole journey as an actress. In the letter Julia said that she identified with the character in her latest film, “I Love You, Hater,” putting down her walls and making herself vulnerable to the public, as she shared that she had often been doubted and judged.

“…[I]n my whole journey as an actress, more often I was doubted, I was judged, I had to deal with scrutiny from people who did not know me, who made me suffer the consequences of the mistakes I did not commit and people did not give me a chance,” Julia wrote on her Instagram last July 16.

“People did not give me the chance to make some mistakes, learn and to better myself.”

Julia asserted that she loves her craft and feels strongly passionate about acting, which is why she’s always wanted to prove herself worthy.

Julia also spoke of her latest film, “I Love You, Hater,” which stars rumored boyfriend Joshua Garcia and Queen of All Media Kris Aquino. “I Love You, Hater” is currently showing in 240 cinemas around the Philippines, and has made a cool P40 million as of July 15.

“‘I Love You, Hater’ is a film I poured my heart and soul into. I was faced with one of the biggest challenges of my life before doing this film and I don’t think I was able to really pour my heart out as Julia and took the chance with Zoey,” said Julia.

She added that she used her character, Zoey, as her outlet for every heartache and every pain she felt inside. “I wanted to speak to people as Julia through Zoey & this is why I embraced Zoey. I embraced this film. I put down my walls, I let people in and see me at my most vulnerable.”

Julia also extended her appreciation to the team behind the successful film, such as director Giselle Andres, the writers, work staff and technical crew, for working sleepless nights and braving the storm just to produce a quality film.

“It’s about time they get the recognition and appreciation they deserve. We made a movie to add positivity to people’s lives and make them feel that they’re not alone. We are not going to allow any kind of negativity to lurk around our film.”  /ra