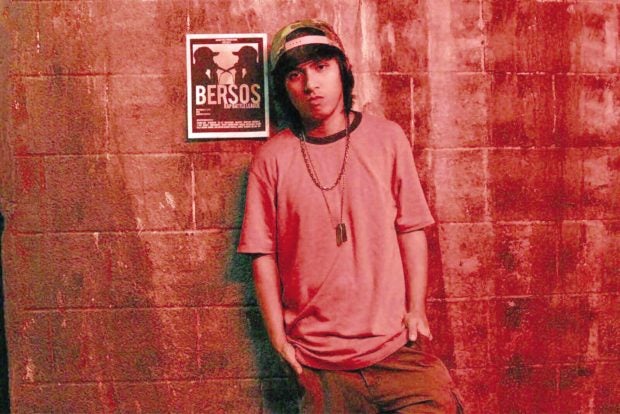 “We are so happy because we received great response from the audience, especially the Filipino-American community,” Monteras told the Inquirer. “The award is just a bonus.”

“Respeto,” which topbills rapper Abra as an aspiring hip-hop artist who dreams of a better life in the time of extrajudicial killings and the drug war, was showered with praise by critics and viewers alike.

Hollywood Reporter’s Clarence Tsui calls it “a gripping, if sometimes slightly melodramatic, look at the chaotic clash of values shaping the Philippines today.”

Tsui points out that, with the film’s “tragic denouement,” Monteras rewires the story to reflect the “the real circumstances of Philippine society.”

He sums up “Respeto” as “a thinly veiled critique” of President Duterte who has “consolidated and even amplified the harmful legacy left behind by former dictators.”

The critic notes: “Laced with social commentary and scintillating musical scenes, [Monteras’ film] offers much more than its verses combined.” Tsui commends Lawrence S. Ang’s editing and Jay Durias’ score, as well as “the actors’ performances, which radiate fury and confusion as they confront an intolerable reality getting grimmer every day.”

Simon Abrams of rogerebgert.com likewise lauds “Respeto,” predicting that it would bring home the audience award at the New York fest.

He sums it up, thus: “Imagine if ‘8 Mile’ and ‘Finding Forester’ eloped and had a child after moving to the Philippines.”

Monteras related that some viewers had told him that “they were shocked by our country’s present situation.” He recalled: “Their questions [during the open forum] were mostly about censorship in the time of this government.”

Next stops for “Respeto” are the Asian Film Festival of Dallas (July 19 to 26) and the Calgary International Film Festival (Sept. 19 to 30).