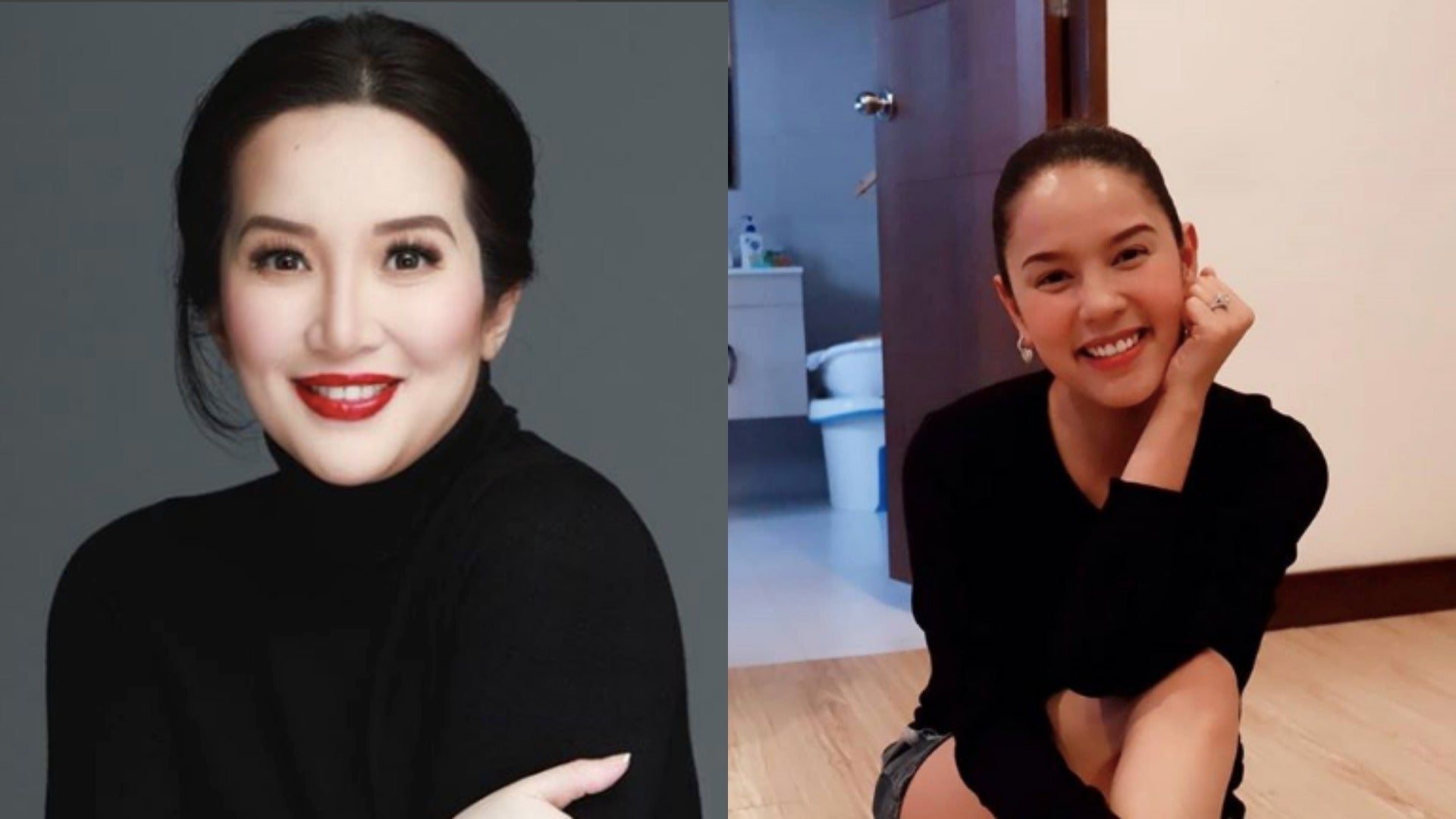 For former actress Neri Naig, there is only one Kris Aquino, whether you love her or hate her.

The wife of Parokya Ni Edgar frontman Chito Miranda expressed admiration for the media personality — who is currently enjoying the success of her latest movie “I Love You, Hater”. Naig shared her appreciation of the Queen of All Media via Instagram, Monday, July 16.

Naig first said she is “affected” by the Queen of All Media’s situation. She stated: “Maaaring marami siyang kagalit dahil sa di pagkakaunawaan o dahil sa trabaho, hindi ko po alam. At hindi ko na rin gustong malaman.” (Maybe she has a lot of enemies because of misunderstanding or work, I don’t know. And I don’t want to know.)

She also remembered back in her acting days, where Aquino had a lot of names are associated with her. “Queen nga kasi siya,” (She’s a queen.) Naig added.

Naig went on that she is sad to hear about ungrateful people who turned their backs on Aquino. And while she admitted that they are not close, she said she heard about Aquino being a good boss and helpful. This also made her reflect about herself, saying that although she did not reach the level of stardom of Aquino, she is fine with it because “mas malaya ako ngayon.” (I’m more free now.)

Nevertheless, Naig said she admired Aquino as a businesswoman and as a mother, saying, “Kinakaya niya lahat.” (She can bear anything.)

It appears that Aquino heard Naig, said thank you to the former actress’ “generous words.” The Queen of All Media took the opportunity to impart wisdom to Naig: “NEVER GO BACK TO WHAT HAD ALREADY BROKEN YOU.”

(In this world, when it’s hard to rise because you’re considered competition, and when you’re disposed of, you’re expected to stay there; but I wasn’t raised to give up.) 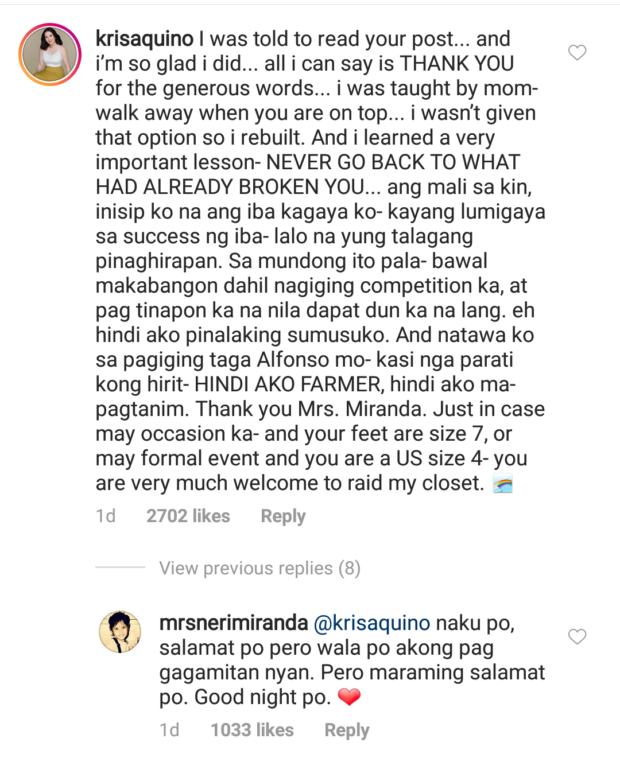 Meanwhile, in Aquino’s own post, she appealed to fans to not bash ABS-CBN, should they be feeling that it lacked support for the film, because the blame might just go back to her.

(I have said this wholeheartedly and with conviction — I will take responsibility for the box office ratings of “I Love You, Hater”. I can take it because Joshua Garcia and Julia Barretto still have a long way to go. They don’t deserve to suffer for having worked with me.)

Aquino’s apprehensions may have by now turned into joy, as “I Love You, Hater” has raked in P40 million, as of July 15, according to Star Cinema’s announcement on Instagram yesterday. JB

WATCH: ‘JoshLia’ battle to be Kris Aquino’s assistant in ‘I Love You, Hater’