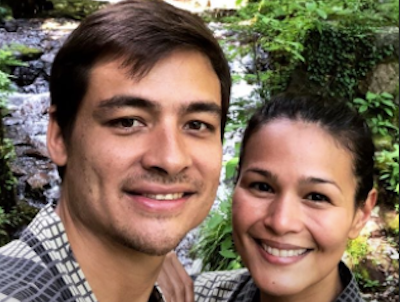 Iza Calzado and fiancé British entrepreneur Ben Wintle jetted off to Japan recently for a food-and-sights adventure. Moments from their travel were shared on Calzado’s social media, with many of her fans living vicariously from her much-anticipated posts.

Calzado first made a post about their Japan trip last July 12 when she shared a picture of her striking a pose outside a Fendi store in Omotesandō in Tokyo.

Calzado channeled her inner millennial as she paired her pink pantsuit with white sneakers and huge sunglasses.

“A bit late for the Millennial Pink trend but who cares?” Calzado wrote.

Her following posts were filled with mouthwatering snaps of Japan’s most famous eats. Calzado loved the soba noodles in Hakone when she snapped a picture of her tray of soba with tempura, even managing to make a pun in the process: “I love you SOBA-ry much!”

Calzado, too, did not miss in sampling some soft serve ice cream while around Tokyo, calling it her “guilty pleasure.”

In another post last July 14, she shared a photo of her posing in a forested area while wearing workout clothes.

It seems Calzado had too much to eat in their stay in Tokyo, as she wrote, “Will hike for Sushi, Soba and Soft Serve!”

Apart from just eating, Calzado made sure to go around Hakone and marvel at its heritage.

She posted a picture of the nine-headed dragon chuzuya (water basin) at the Hakone Shrine last July 15 and even gave some historical information about the relic.

“Nine-Headed Dragon Chuzuya (Water Basin) at the Hakone Shrine. This is a purification basin at the end of the Shrine where holy water comes out from the nine-headed dragon,” wrote Calzado. “People use the water to wash their hands (from basin) and drink (from the fountain/head) or even fill up bottles to take home.”

But then it was back to eating again as Calzado shared to her fans the delights she had at the Amazake-chaya Tea House.

“Mochi and amazake heaven! Amazake-chaya is a tea house that has been serving [travelers] for 350 years,” wrote Calzado yesterday, July 16. “During the 17th century, Hakone was a [checkpoint] on the old Tokkaido highway which connected Edo (Tokyo) to Kyoto. The same family has owned this place which has been passed on for 13 generations!”

She added, “Mochi is quite popular already globally but Amazake also deserves the spotlight. It is a fermented rice drink that is naturally sweet. It’s the house specialty so it is a must when you go!”

It didn’t take long until it was time to go, however, and Calzado bid Japan goodbye with a promise that she will be back.

“Hakone, you are a very special place,” Calzado wrote in her Instagram post yesterday. Her pictured showed her standing in the middle of a forested path, with her back to the camera, wearing a black dress and holding up a clear umbrella. She made a vow: “I will be back.”

But it seems Calzado just couldn’t help to have one last taste of Japan’s soba noodles, as she shared in her Instagram Story yesterday, showing that she had one more serving  of soba just before flying back home. JB 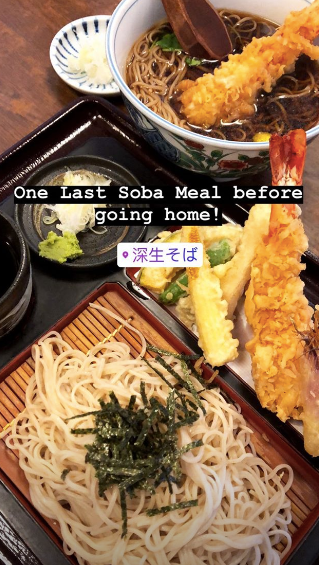 Is Iza Calzado already looking for the perfect wedding gown?