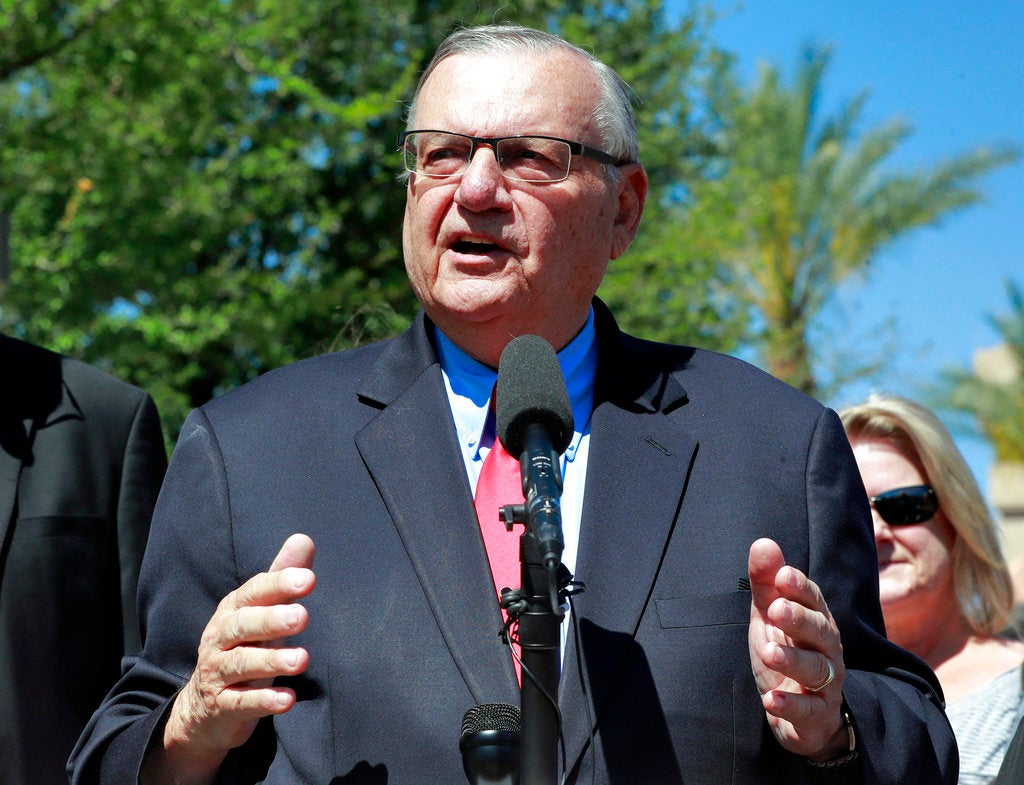 Some politicians are going through the several stages of panic associated with an interview with Sacha Baron Cohen: remorse, damage control, anger and regret for being duped.

Sacha Baron Cohen has for years lured unwitting politicians into awkward interviews. Now one of his latest targets, defeated Senate candidate Roy Moore, is threatening a defamation lawsuit over an upcoming episode of the comedian’s new television series.

In a statement posted on Facebook, Moore says he accepted an all-expenses-paid trip to Washington in February after being told he’d receive an award for supporting Israel.

“I did not know Sacha Cohen or that a Showtime TV series was being planned to embarrass, humiliate, and mock not only Israel, but also religious conservatives such as Sarah Palin, Joe Walsh, and Dick Cheney,” Moore wrote on Facebook.

Former Sheriff Joe Arpaio, who is running for U.S. Senate in Arizona, thought he was part of a show focusing on the top 20 most famous people in the United States.

Arpaio, 86, said he began to suspect something was amiss with the interview when Baron Cohen started using sexually explicit expressions.

He’s not sure yet whether he’d take any action against Baron Cohen, who posed as a Finnish actor and wore a disguise during an October 2017 interview in Los Angeles.

“If they do a good job, maybe I’ll send them a thank-you note,” Arpaio said.

Neither Showtime nor Baron Cohen responded to requests for comment.

“Who Is America?” premieres Sunday on Showtime.

The network has been tight-lipped about the show. Baron Cohen has posted only a cryptic clip of a former vice president Dick Cheney being asked to sign a water jug that a man — presumably Baron Cohen — calls his “waterboard kit.”

The comedian adopts various personas to trick interviewees, and as his rapper character Ali G he subjected Newt Gingrich and Pat Buchanan to awkward interviews. He even got a brief interview with Donald Trump in 2012, but the then-businessman walked out early in the session.

That same year, Baron Cohen dumped ashes on Ryan Seacrest on the red carpet at the Oscars while promoting his film “The Dictator.”

It is unclear when the interviews with Cheney, Arpaio and Palin will air during the seven-episode “Who Is America?” run.

Baron Cohen’s stunts have landed him in court before, and Moore is threatening to file a lawsuit depending on how “Who Is America?” portrays him.

Moore is suing four women who raised decades-old allegations of sexual misconduct during his Senate race.

“I am involved in several court cases presently to defend my honor and character against vicious false political attacks by liberals like Cohen,” Moore said in his statement. “If Showtime airs a defamatory attack on my character, I may very well be involved in another. As for Mr. Cohen, whose art is trickery, deception, and dishonesty, Alabama does not respect cowards who exhibit such traits!”

Arpaio initially told The Associated Press that he regretted doing the interview. Then he corrected himself.

“No, I don’t regret the interview,” Arpaio said. “I’ll talk to anybody.” NVG

Sacha Baron Cohen as himself is just as outrageous