The Year of #MeToo: A scoop, a tweet, and then a reckoning | Inquirer Entertainment

NEW YORK (AP) — It began with a news story, and then a tweet, and suddenly it seemed like everything had changed overnight. 2017 will forever be known as the Year of the Reckoning.

Or, more precisely, the year of the beginning of the reckoning. Because at year’s end, the phenomenon of powerful men being knocked off their perches by allegations of sexual misconduct — in Hollywood, on morning television, in chic restaurant kitchens, in the U.S. Senate — showed no signs of slowing. Each morning, we awoke to ask: “Who’s next?”

To that question, we should also add, “What next?” Because as the year drew to a close, many were also wondering just how deep and lasting the change would prove, going forward. Was this, indeed, the cultural earthquake many have called it? Or was there a chance it might all eventually slip away?

“We can’t be sure,” says Gloria Steinem. “But what I CAN be sure of is that this is the first time I’ve seen women being believed.” And that, says the feminist author, “is profoundly different.”

Whatever forces had been stirring under the surface, it all burst into the open with an October scoop in the New York Times, a story alleging shocking misconduct by Harvey Weinstein. 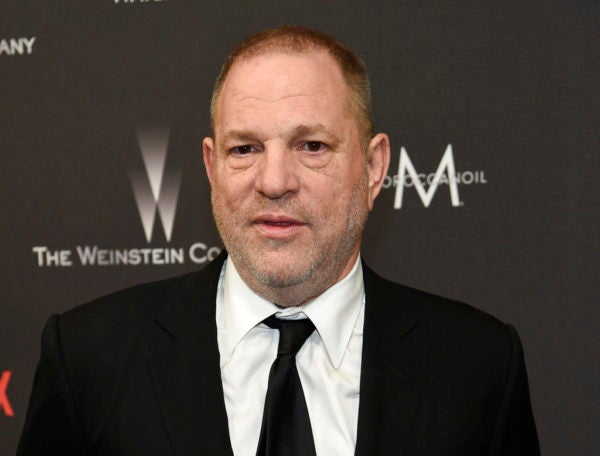 Weinstein denies all allegations of non-consensual sex, but he has apologized for causing “a lot of pain” with “the way I’ve behaved with colleagues in the past.” (Photo by Chris Pizzello/Invision/AP, File)

The powerful producer’s misbehavior had long been the subject of whispers, but it was actress Ashley Judd who finally gave a well-known name to the allegations—a crucial launching point for what followed.

Her account of a hotel-room encounter in which Weinstein asked her to give him a massage or watch him shower sounded familiar to many others, who were inspired in the ensuing days to come forward with their own allegations against Weinstein, from harassment to assault to rape. To date, some 80 women have come forward; Weinstein still denies all nonconsensual sex. 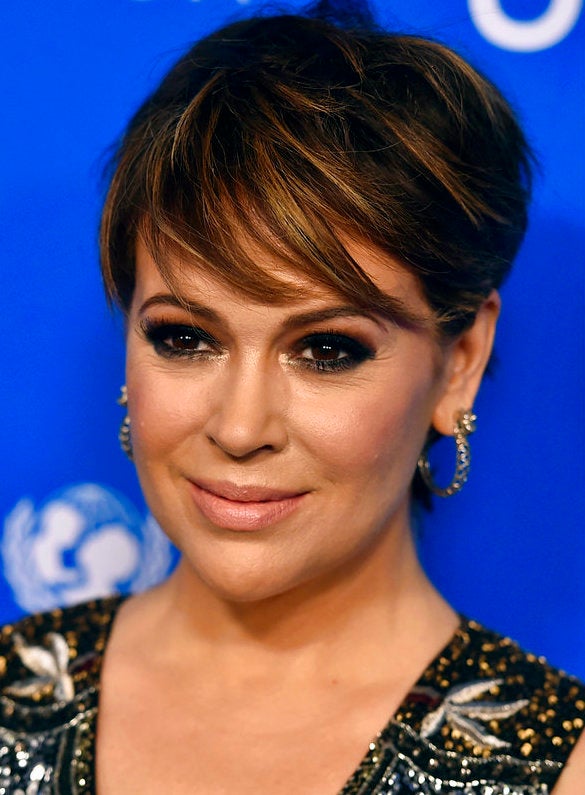 “If all the women who have been sexually harassed or assaulted wrote ‘Me too’ as a status,” actress/activist Alyssa Milano tweeted on Oct. 15, “we might give people a sense of the magnitude of the problem.” Then she went to bed.

“I couldn’t have been in bed more than eight hours because I’m a mom,” Milano says now.

When she awoke, tens of thousands had taken up the #MeToo hashtag (a phrase introduced 10 years ago by social activist Tarana Burke.)

Less than 10 days later, Milano tweeted that more than 1.7 million people in 85 countries had used the hashtag.

“The thing that was so surprising was the sheer magnitude and the quickness of how it happened,” Milano says. But she feels conditions had been ripe for a good year.

It began, she says, with the election of President Donald Trump, who had bragged openly about groping women. On top of that came some aggressive investigative reporting—she cites Ronan Farrow in The New Yorker—and the domino effect of women emboldening each other to come forward. Public fascination with anything Hollywood didn’t hurt either.

“For this to have taken off the way it did, it had to be a perfect storm and we had to be ready,” she says.

Even before #MeToo happened, and just a few days after the Weinstein story broke, Anita Hill was sure something significant was happening.

“I think we need something to push the needle and I think this has done it,” said Hill, a symbol of the fight against sexual harassment ever since her 1991 Senate testimony against then-Supreme Court nominee Clarence Thomas.

Still, she noted, it was a lot easier for Hollywood stars like Gwyneth Paltrow and Angelina Jolie to speak out than it was for ordinary women experiencing harassment from their bosses.

But Hill, who for years has been living a quiet academic life at Brandeis University, stressed that the next step has to be more than just conversation: “We now have to start putting into place measures at schools and workplaces and the military … about how people should be treated, and we have to enforce them.” Hill has just been named to a new commission on sexual harassment in the entertainment industry.

As the weeks went on, the accusers multiplied, and so did the accused, from Hollywood (Kevin Spacey, Louis C.K., Brett Ratner, Dustin Hoffman) to the news business (top morning hosts Charlie Rose and Matt Lauer) to the music world (Russell Simmons) to politics (Sen. Al Franken, Alabama candidate Roy Moore) to the food world (Mario Batali). 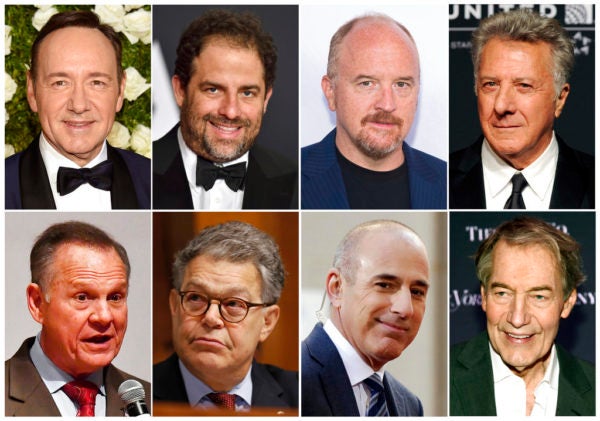 The accused lost jobs, TV shows, book deals, a Senate seat — with dizzying speed (Spacey was even erased from a completed movie.)

Some simply apologized, while others fought back — like Simmons, with his hashtag #NotMe.

Some apologies were more effective than others. Spacey drew flak for deciding to come out as gay as he apologized for unwanted sexual advances; Batali was scorned for appending to his email-blast apology a recipe for Pizza Dough Cinnamon Rolls.

A few voices called for differentiating between levels of sexual misconduct. It didn’t always go over well. When Matt Damon said “I just think we have to start delineating between what these behaviors are,” Milano replied on Twitter that there are various stages of cancer, “but it’s still cancer.”

Not to be forgotten were the accusers who decided not to come forward with their names, many out of fear of retaliation.

Attorney Gloria Allred, who held news conferences with some Weinstein accusers, said there were many more she’d spoken to who have not yet gone public.

And what about the alleged abusers we’ve never heard of because they’re not famous?

“There have been stunning accounts of farm workers harassed in the field, factory workers on lines, restaurant workers,” says law professor Catharine MacKinnon, who decades ago pioneered the legal claim that sexual harassment is a form of sex discrimination.

“They don’t have the high-profile man … but I’m telling you, to the women he does it to, he’s plenty big.”

Still, says MacKinnon, of the University of Michigan and Harvard law schools, “any time any victim is believed, it’s a miracle.”

And that’s why the events of late 2017 have been unprecedented. “It’s amazing to me that people are being believed and listened to and responded to, and their accounts being acted on,” she says.

“That’s never happened before in the history of the world.”

And to those who might still doubt there is tangible change, MacKinnon points out the remarkable sight of “white upper-class men deserting white upper-class men, in droves. We’ve never seen that before, ever. They feel they can no longer afford to be associated with this. THIS is cultural change. THIS is real social change.” NVG

‘#MeToo’: Yes, there are sexual predators everywhere—even in families